My Next Life as a Villainess: All Routes Lead to Doom! - Reviews 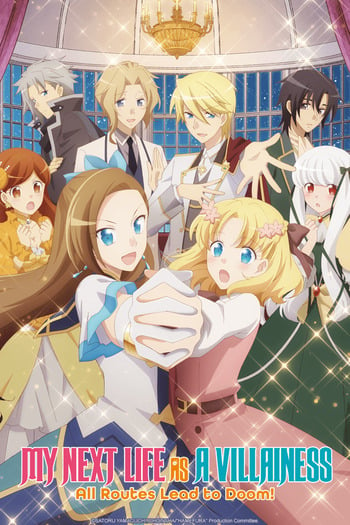 The manga this is based on is one of my aboslute favorites, and I was very much looking forward to the anime. For the first six episodes it was awesome, and I loved the little additions they made, showing certain things from other characters' point of view, adding the the overall story.  Then, unfortunately, episode 6 came out.  It had absolutely nothing to do with the manga, the humor that made the manga and the anime (up to that point) so enjoyable was gone, and it actually detracted from the story.  It made absolutely no sense whatsoever.  I was hoping they'd pull their heads out of their fourth-point-of-contact and go back to the real story with episoce 8, but again, it had nothing to do with the manga.

Why do animation studios do this?  There was more than enough in the manga for a full season, and the story was so, so much better than the nonsensical crap they put into those two episodes. Why insult the author of the light novel/mangaka by changing it? This happens way too often.

These changes ruin the stories, and overshadows the good character development and animation. (Thus the low overall score.)

So I've only watched 8 episodes so this isn't a full review. However even though I'm almost done, I decided to drop it. Why? Well let's unpack this box

although the premise of the show is a sort of unique idea, at its core it is still a fantasy isekai harem romance. the first 4/5 episodes kept me interested but 6-8 went super heavy into the cliche school setting. To be fair if you really enjoy the typical anime romance cliches and story settings then watch it. BUT if you are getting tired of the same old then don't watch it. especially since shows such as oresuki, love is war, wotakoi and this season "sings yesterday for me" are way better examples of romance genres done well

the animation, the story, and the sound are all very average and do nothing to excite. Some of the characters are decent but 80% are the pick your never changing emotions/ characteristics romance partner and that is why the show is so stale. characters are what drive these shows and these characters have as much depth as driftwood in the ocean.

I recommend do not watch

So far this anime is staying pretty faithful to the storyline. It's a comedy-romance with a bunch of attractive characters so you'll probably find a favorite very quickly. It's pretty interesting to see just how she obliviously earns all of their favor and how she avoids a bad ending as the villainess. There won't be any "real" villains here since its really just a nice and cute anime.

I'm a big fan of isekai stories, especially when female leads act as the villainess and try to avoid their bad ending. The trailer was very promising and looked fun to watch. However, as the story progress... it's very disappointing. Most especially, the characters. Their given background story is more of a plot device to the MC, I don't feel the struggle in their problems and the pattern is very obvious. MC helps them out unknowingly, and suddenly the problem is solved and they fall in love with her. Literally, the problem is solved in minutes... with words and without a struggle. Therefore, I don't feel for the characters at all. if they were to pass away, I won't care. I went as far as episode 9 just to give it the benefit of the doubt but felt like it was a waste of my time.

The animation was appealing and that's what made me watch it. Yet, the story really ruined that appeal and sadly lost my interest. The anime seems pure comedy but it becomes repetitive that the jokes don't land and eventually I got tired of it. What I did laugh about is that the harem is more of a comedy bit than a romance. I can't tell who's ending with who and I'm not going to bother. I never minded dense characters but Katarina is a whole new level. I guess that's why there's a nickname for her, "Bakarina." There are situations that even a normal person can understand but all she does is "Huh? Why?' If you don't like the MC, then the anime is not for you just as it's not for me.