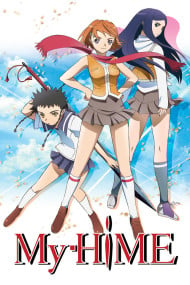 Guided by a star only they can see, a group of maidens known as HiMEs have begun to gather at Fuuka Academy. These young women have been endowed with dangerous supernatural powers that they can use to their heart's content, but there's a price: to wield them, they must put their most important thing on the line. Now, in the midst of school work and friendships, they find themselves caught in the midst of strange conspiracies seemingly related to the terrifying monsters that attack them. Is the power of the HiMEs strong enough to save themselves and the ones they love?

StoryThe creation of My-Hime most likely started with Sunrise designing an anime from the ground up. The show would boast amazingly entertaining melodrama, some fantastic action scenes, and hordes of famous seiyuu - in other words, the basic groundwork for Best Show Ever. There was just one chink in the entire concepts armor: when all was said and done, the animes story called for a ridiculously large amount of characters. Alongside Mai, the primary heroine, the storyline needed droves of supporting characters in order to be fully fleshed out. As a result of this decidedly bloated cast, the project gained an enormous amount of inertia. Most anime can get by with one or two episodes to introduce the characters and set up the story, but My-Hime needed something much more lopsided just to get the gears in motion. The question, then, was how to keep the 15 or so expository episodes from being deathly boring. Sunrises "solution" to this dilemma was three-fold: fan-service, obligatory action scenes in every episode, and some of the broadest, most generic comedy that Ive ever come across. Unfortunately, while this approach seems to have worked wonders on the whole of the community, the beginning is some of the most tedious tripe that Ive personally ever had to slog through. Pretty colors, lame jokes, and improbably stacked high-school girls can really only take a show so far, and in this case they fail to take the show anywhere at all. I normally would never have bothered to continue watching something so bland, had it not been for a friend that insisted that the show improved substantially. Fortunately enough, he was right; amazingly, the show pulls together and becomes something actually entertaining and worthwhile. The final half is a blissful cocktail of angst, action and romance, and there is something almost epic in the way that the huge cast of characters all independently battle against their fate. Near the end, the anime reaches the kind of dramatic crescendo that is usually reserved exclusively to the top echelon of anime. Regrettably, My-Hime's story possesses far too many flaws to actually be considered as such. The most important is the aforementioned reliance on generic ecchi in the beginning of the show. In addition to this, however, the final episode reeks of deus ex machina, and feels contradictory to where the story had gone up to that point. Nevertheless, when all is said and done, the immensely entertaining second half somehow manages to redeem the narrative as a whole. Although sitting through the first part was an absolute chore, I ultimately came away satisfied.AnimationThis is some of the better animation released in 2004. Action scenes are colorful and creatively choreographed, movement is fluid and realistic, and the character designs are all fairly appealing. There isnt anything groundbreaking here, but there certainly isnt anything to be ashamed of, either.SoundYuki Kajiura actually manages to pump out something halfway unique in this one, and still delivers a superb soundtrack. The show is also filled to the brim with famous seiyuu. Normally in an anime, Im happy if I can recognize one voice actor; for Mai Hime, I was able to identify four. Needless to say, the voice acting is all basically flawless and is the one redeeming part about the characters.CharactersSadly enough, the characters are a total mess. In short, there are just too many characters to realistically develop over the course of 26 episodes. This would have been fine if most of the characters were relegated to supporting roles, but the bulk of individuals that could be considered "protagonists" makes the cast as absurdly top-heavy as Mai herself. This problem is further exacerbated by the fact that most of the characters seem to carry an extremely damaging "top-down" design; instead of creating a story around a cast of characters, the characters appear to have been designed to fit specific roles in the story. Because of this, they feel very much like products on an assembly line: cliched, tiresome and lifeless. Only the fantastic voice work manages to somewhat redeem them.OverallAs a whole, My-Hime is easy enough to recommend to people who enjoy large ensemble casts, a little bit of fanservice, and some nice action scenes. However, those looking for a consistent, intelligent story may be frustrated by the large amount of filler at the beginning of the show coupled with the disappointing end. As a whole, I enjoyed the show enough to not regret watching it, but the shows' numerous flaws prevent me from actively liking it.

Review contains major spoilers. It is advised not to be read by those who haven’t seen the show or those who intend to do so.Animation is done by studio Sunrise, which means there will be cool robots, mosters and explosions. Directed by Ohara Masakazu who also made The Girl who Leapt through Time, and Accel World. Hardly a talented individual. The best way for someone to enjoy this anime is to perceive it as an otaku fan catering dark fairy tale. As long as you are willing to allow your emotions to be constantly manipulated by the looks of cute girls, overblown drama, and improbable resolutions just to have a happy ending, then you will definitely like it as so many thousands of people did so far. On the other hand if you try to see this as some sort of mature, cryptic, deep story of manipulation of ideals and the dark side of love then you will most likely want to smash your screen. My HiME is very good at keeping you interested in watching, as it keeps changing the apparent formula every now and then. First it presents things as if it is about a dozen girls with superpowers, teaming with monsters in order to protect their land from other roaming monsters. Even if you don’t like the premise, the show keeps bombarding you with a dozen different date-sim girl archetypes, light ecchi comedy, as well as names from mythology that make you wonder if there is more behind all that and you start comparing each monster with the psychology of its master. By the time you get to know all the girls and their basic backdrop (and truth be told they all have somewhat interesting meat around their bones) WHAM the story suddenly changes to a death tournament. The girls now need to fight each other until There Can Be Only One. The winner gets a wish fulfilled by some alien star entity, the losers die and/or have their most loved person disappearing as penalty (thus they can’t just give up or go kamikaze because their most cherished person will die). After the story gets darker, the fuzzy initial impression is replaced by a far darker atmosphere and suddenly seemingly important characters start to die like flies. This feels so shocking that you just need to see what happens next. This is no longer some date-sim premise, nor a mahou shojo variant. This is a death match against your very own friends and the deaths of characters the viewer liked so far create further wowing and interest to see what happens next.And then the finale comes and… well… it’s just an excuse to have a happy ending. Not just one where more than one girls survive. Come on, it is obvious what the wish will be all about and if you have a bit cunningness you would see it coming since the start. Yes, time resets and it is as if nothing ever happened. Everybody is alive again, the viewers rejoice that their favorite girls are still their imaginary wives, and the fandom is free to write a billion fanfics about them without feeling out of place because they should be dead. As you understand, the dark overtones of the anime are just cheap tricks to mess with your emotions. They surprise you with the death tournament and you go all OH NO POOR WAIFU, WHAT WILL HAPPEN NEXT? And then the ending comes and you go YES MY WAIFU IS ALIVE AGAIN; BEST ANIME EVER! Of course, if you are a viewer with taste for good storytelling, chances are you will just say “Oh, so everything was pointless and we were all fooled to think something important was going to happen. I just wasted my time on this.”Thus it really is a fairy tale for otakus. All the shock factor in the series is just a very cheap method of the scriptwriters for luring in all those who are used to simple anime and not in seeing main characters die. And then they reward them in the end by Dragonballing them back to life so everybody is happy. How nice! And how immature for the same reason. Where is the responsibility of your actions if you can negate them with magic? That makes you feel bad for caring about them in the first place. It will even feel like you were cheated to care about something completely pointless. But you know what? If you shut off your brain none of what I mention here matter. The production values are good, the girls are colorized, there is one waifu for all tastes, there is action, betrayal, death, magic, happy endings. Shallow entertainment but offered in spades.And to all those of you who liked it, don’t miss the chance to watch “Mahou Shojo Madoka Magica” and “Clannad After Story”. Same treatment. But in case you want to see how good the premise could have been, don’t miss the chance to read the Battle Royale manga. Now that is a story where it matters when someone dies. And now for some excused scorings. ART SECTION: 7/10 Analysis: General Artwork 2/2, Character Figures 1/2, Backgrounds 1/2, Animation 1/2, Visual Effects 2/2 SOUND SECTION: 7/10 Analysis: Voice Acting 2/3, Music Themes 3/4, Sound Effects 2/3 STORY SECTION: 4/10 Analysis: Premise 2/2, Pacing 1/2, Complexity 1/2, Plausibility 0/2, Conclusion 0/2 CHARACTER SECTION: 7/10 Analysis: Presence 2/2, Personality 2/2, Backdrop 1/2, Development 1/2, Catharsis 1/2 VALUE SECTION: 5/10 Analysis: Historical Value 2/3, Rewatchability 1/3, Memorability 2/4 ENJOYMENT SECTION: 3/10 Analysis: Art 0/1, Sound 0/2, Story 1/3, Characters 2/4 VERDICT: 5.5/10 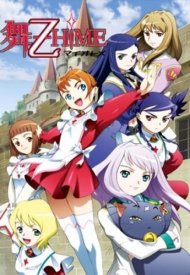 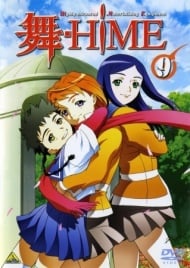 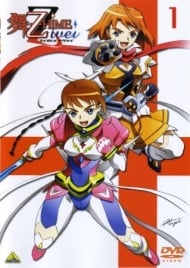 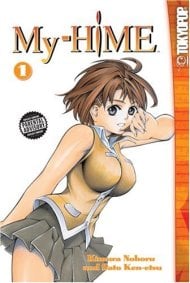 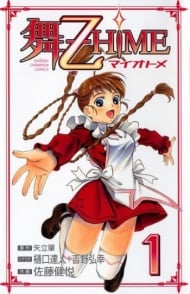 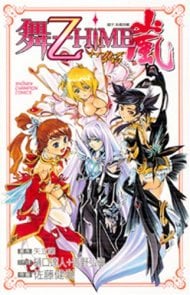 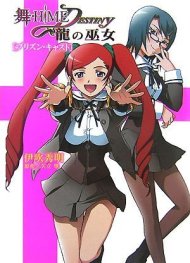