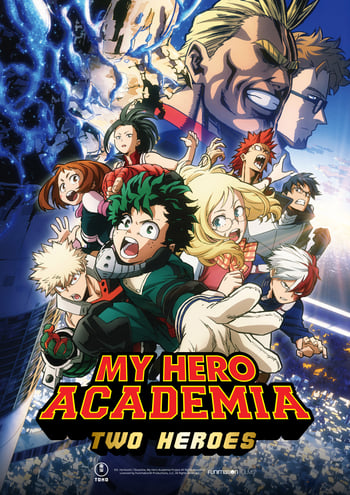 The climactic finals are over, and U.A. is getting ready for the summer training camp. Deku and All Might receive an invitation from a certain person to go overseas to a giant artificial moving city called I-Island. This island, a kind of “science Hollywood” that gathers the knowledge of scientists from around the world, is holding an exhibition called I-Expo showcasing the results of Quirk and hero item research. In the midst of all this, Deku meets a Quirkless girl named Melissa and remembers his own Quirkless past. Out of the blue, the impregnable security system the island boasts is hacked by villains, and all the people on the island are taken as hostages! Now, a plan that could shake hero society has been put into motion! The man who holds the key to it all is the number one hero and Symbol of Peace, All Might.

Like all filler movies of this kind, you shouldn’t expect much in terms of plot or any meaningful character development. The premise is about the heroes going on a trip to an island where you can freely use your superpowers (something which is there just for convenience and doesn’t have in-series logic). It’s supposed to be a secret trip where only the main character and his mentor will take part in, but because of plot, his entire class is there as well all by accident. And also because of plot, a villain attacks when all are conveniently there to stop him. The best way to enjoy the movie is to see it as a family friendly version of the first Die Hard movie, with a final showdown that doesn’t end with a couple of punches (something the series is notorious for). But even then, you will have to wait a lot for the good part to begin, as almost half of it is wasted on flashbacks we have already seen and got sick of after a dozen times, as well an opening chase scene regarding a young Almight that served no purpose other than showing off the talent of the animation team. The new characters introduced in the movie are an old friend of Almight (used for building some lazy dramatic revelation towards the end), the daughter of said friend (used only for rehashing the same cheap drama as Deku’s backdrop, as well as being waifubait), and the leader of the baddies, a completely uninteresting one-dimensional villain you will forget as soon as the movie is over. I didn’t like any of them.The old characters are basically the whole class who just happen to be there and just happen to take part in taking out the baddies. They are just fan service, since they could be absent from the movie and nothing would be any different. In fact, the movie would be about half an hour shorter, since it wouldn’t waste time on showing them repeating their one-character trait for the hundredth time, or fighting villains and robots that serve nothing as far as the plot is concerned. In fact, if they were absent, whatever plot there is in this stupid film would make more sense. The baddies wouldn’t mysteriously need hours to get the mcguffin when they know where it is and how to open its safe, and Almight wouldn’t magically recover his stamina in an instant for the final showdown, when he was struggling to maintain his bulky form for so long. So if you break this movie into what it’s about, you basically get a needless opening chase scene, a filler slice of life part where everyone repeats his one-character trait, a part where everyone fights minions and robots that serve no narrative purpose, and the final fight with a forgettable villain. At least said final fight is very rewarding if you want to see a dozen Detroit Smashes or whatever. But even then, don’t go asking why the heroes never seem to get severe injuries despite the constant battering, or why a trinket can make a second class villain more powerful than All For One. It’s just hollow spectacle you will watch and forget very fast.

Two Heroes was a fun movie if you love the series. My main problem with it is that it starts out very slow. The plot doesn't really start until the bad guys attack. I felt that the first half hour could have been condensed. The animation was great. It lets many of class 1A have a chance to shine. The climatic plot point becomes obvious, but offers a positive outcome. My main disappointment is we have nothing interesting on the main villain. He's just kind of like, "Yo I'm with All Might's nemesis for reasons." Backstory on All Might is great. Nice to see some other professions other than hero and a potential love interest for Deku.

What it is: A love letter to fans of the franchise. What it isn't: A stand-alone film to attract new fans to the series. Let's get this out of the way: if the thrill of seeing Horikoshi Kohei's art explode on the big screen is your only reason for watching this, then you won't go home disappointed. But if you're looking for a little more depth and development for the characters or the story, then you're better off getting into the series instead. The movie is more filler than franchise-builder, so there isn't a lot to expect here by way of plot progression. The nuanced and teamwork-based set-ups from the original series are reduced to their paler versions in this movie, as everyone else takes a backseat to Deku and All Might. Meanwhile, the new characters are no bad additions to the series' mythos, but I don't think I'd particularly mind if they never showed up again in the canon's future. As for the antagonists, they're about as serviceable as the standard action movie's fill-in bad guys, and the less that's said about them, the better.  Two Heroes made the best of what it had, so instead of being a forgettable addition to the Boku no Hero canon, it becomes a semi-respectable outing that's as inoffensive as it can possibly be. It's got a mediocre plot, minute and near-forced appearances from the other side characters, and the most tenuous of connections to the main series... but the fight scenes are glorious and fully maximize the big screen they're flashed on. It's hard not to get hyped when All Might yells out his signature moves, or when Deku and the others show the bad guys what they're made of. If you're able to get past the initial exposition, series flashbacks, and blatant fanservice (Todoroki's damn near topless for a good part of the movie), then you should be able to find the intense fight scenes – of which there are many – worth the price of admission. 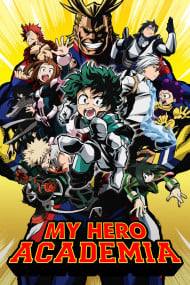 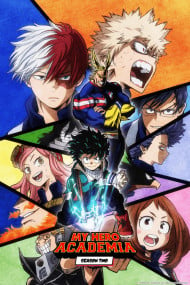 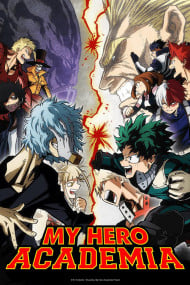 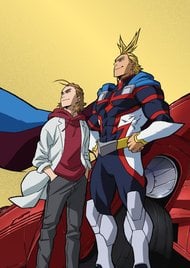 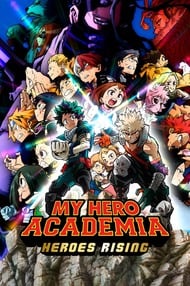 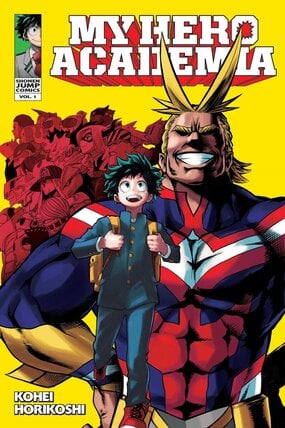