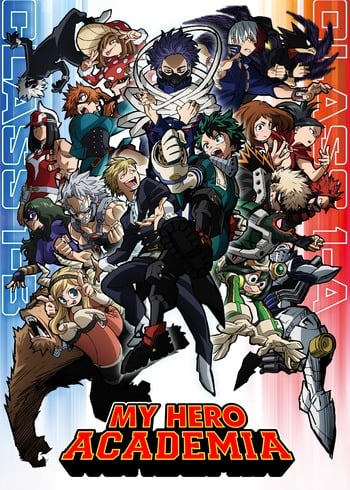 While the nations of the world are trying to abolish warfare and the existence of armies, private companies are creating their own armies. The Kuryu group has been trying to create the perfect weapon; human beings capable of mastering their "mind shadow" named Vajura. They were hoping for an edge, but the experiment seemingly went wrong. However many years later a strange young girl named Elaine escapes the Kuryu research facility. Confronted with hostile gangs, hunted by cybernetic agents, and other strange members of the Kuryu group she is forced to become the Genocyber, the first Vajura. Confronted again and again with the experiments of the Kyuryu group and the inhumanities of mankind, she has no choice but to continue to fight, but at what cost?

After the battle with the Mythos Cyborgs, Ivan warns the others of a Devil. Devilman too senses his enemy. The ultimate encounter is about to unfold.