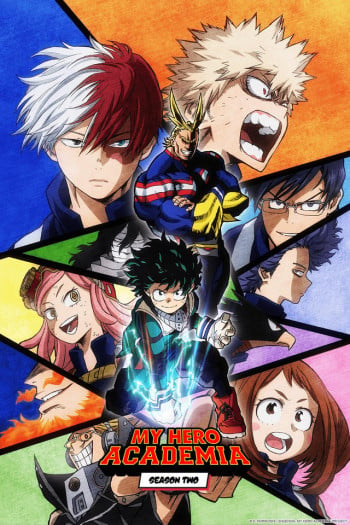 Their city is filled with criminals and three incredible high schoolers. Yugo, Rikiya and Tasuku are determined to clean up the city with whatever means necessary, even if that means using violence. During a typical night of wiping out gangs, Tasuku comes across a beautiful girl held prisoner. She helps him survive what would have been a mortal wound by allowing him to see the future. Tasuku takes her home where he finds that her name is Noah, she doesn't speak at all, and has no memory. Even more fascinating to Tasuku, she bears the same tattoo as the person he has been searching for years for.

Alice is a senior high-school student who lives with an uncle that spends his time tormenting her everyday. One day, Alice witnesses the death of her uncle by the hands of an assassin called "Kumo". She then falls unconscious, and upon waking up, she finds out that she's in Kumo's house... Now, this Alice who no longer has any family and is being raised by the assassin herself.

Kinnikuman is a superhero... albeit a terrible one. But one day Meat, a servant, tells Kinnikuman that he is the prince of an alien planet and that he's here to serve him. To prove himself to his newfound family, Kinnikuman must now save the day by fighting evildoers and competing in tournaments to gain respect and money.