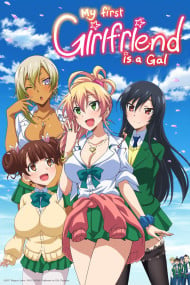 My First Time Begging for It

My First Time at Yame-san's House

Its pretty obvious from the description what you're getting into and to be fair I was fine with that, I don't mind a bit of ecchi and fanservice now and then, so I was just looking to kick back and relax and enjoy some mindless humor and ecchi. But I made the mistake of watching this fucking show Let's cut to the chase here, a guy(your standard harem protagonist, he's got nothing special or new about him and he has that famous cliche design) gets forced by his friends to ask a girl out, and she appears curious and then agrees and the show progresses from there he gets his harem and blah blah blah, you know the drill. To its credit, this show does have fanservice, but its kind of bad, the animation is pretty stiff and only the breasts have some form of animation other than that its just a bunch of awkward positions the characters are placed in, so you can't even enjoy what you came for, the ecchi. And you got they typical jokes that you usually see in the genre, and that's the thing, this show doesn't do anything new, in fact it takes relatively stale jokes and make them worse. To me the biggest crime this show commits is its god awful writing, to now I can't figure out character's personalities cause they all do some strange shit that always out of character and out of place for them. These types of shows pretty much appeal to the lowest common denominator, you know the type of people who have never interacted with another human being in their life, that's the vibe I get from watching this. You can have a plotless harem filled with ecchi, what really matters is the type of jokes, the writing and knowing when to use your animation budget on good ecchi scenes.....this show fucks up all of that.

Girlfriends, boyfriends, I’m sure most of us have wanted one at some point, or already have one. For those of us who don’t have one, do not fret, Hajimete no Gal is here to indulge you into the experience of having a girlfriend or boyfriend, whether you want it or not. This will not be a painless experience however, so strap yourself in and prepare for the worst, and I mean it.Imagine this: You are just an ordinary guy, and your classmates forced you to ask a hot girl in your class to date you. After she almost turns you down like the loser you are, she instead decides to accept becoming your girlfriend, but is it too good to be true? In most cases, yes, this would be too good to be true, however, in Hajimete no Gal we say "screw the rules! "and make the unlikely happen.While the premise may seem enticing at first, the show doesn’t do much to expand on it, leaving you with an empty shell of nothingness for a majority of the show. If you’ve seen at least a couple harem/ecchi anime before, then you’ll probably see the pattern Hajimete follows through its episodes. This doesn’t mean that it has nothing going for it, because it does. Every episode centers on our main character experiencing something new for the first time, whether that is visiting his girlfriend’s house, going to karaoke or even getting a job. Of course, you also have your obligatory beach episode that every harem/ecchi seems to have, but I won’t get into that too much, since I don’t mind it.Another problem is the pacing, it feels really rushed. One moment the characters are doing something random, and in the next scene something dramatic happens without leaving any time to digest what happened. This wouldn't be a problem if the show in question was all about the randomness like Nichijou, but when you add a random element to what seems to be a semi-serious show, at least for me it doesn't work at all.If you thought you were going to get some nice uncensored scenes, then think again. I watched the uncensored version, but instead of being presented with uncensored material, they instead decided to censor a guy’s boner through his pants, because that’s totally the best way to make someone interested in your show. The censored version is even worse by the way, they censor stuff like the girl’s panties for no reason, which is a big no-no for me especially when it’s an ecchi show.The characters are for the most part dull and forgettable. The male characters except for the main character don’t really serve a purpose except for being there, which of course entails in almost no character development whatsoever. There’s even a literal pedophile saying that he only wants to fuck little girls, and that 15 year olds are too old for him. There’s not much else to say about them other than that you can literally replace them with clones of Ichika from Infinite Stratos and the experience wouldn’t change that much.The females are for the most part attractive, if you ignore their humongous almost Eiken-level boobs and the fact that their personalities are barely there. If you’ve even seen a screenshot from the show, or even the cover, you should know what I’m talking about. They feel unnaturally large, especially for high schoolers, since you are not supposed to have such big boobs when you’re between 16 and 18 years old, but hey, what do I know, right? This is anime we’re talking about, where the impossible can happen at any time because the creator allows for it.As for the art, it isn’t that bad, but it doesn’t stand out either. There was never a moment where I went “wow, this is totally worth it for the art” instead it was kind of just meh. It serves a purpose, but don’t expect anything fancy, since you’ll be disappointed.The opening was decent enough, and I actually liked the ending theme, it was catchy and felt like a nice end to each episode. Other than that, the rest of the OST was pretty forgettable, mostly just common background music for the sake of having music.Hajimete no Gal had some okay moments, but the sheer amount of pointless scenes, straight up useless characters and unnecessary censorship pushes my buttons just a little bit too far, and in the end it was a massive disappointment. What could have been an interesting and creative take on the genre instead becomes your run of the mill harem/ecchi show with too many dumb things to explain. If you can, stay away from this show, it is really bad.

Show kinda sucked... was really awkward and not very funny in my opinion. I understand that this dude is a teenager, but he never gets it together and is a huge jerk. 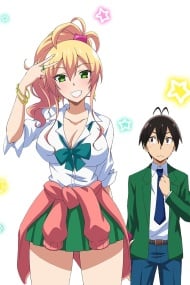 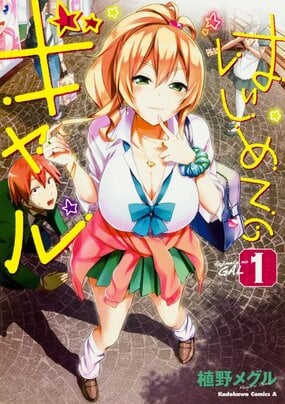 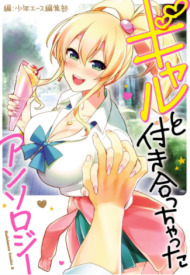