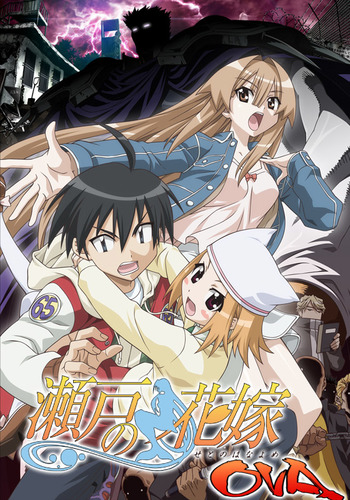 Now in their third year of school, Nagasumi continues to evade death at the hands of San and Luna's over-protective fathers and their merfolk mafia. Everyone hopes to get placed in the same class again this year, but Nagasumi is instead placed into a class full of oddball delinquents and a teacher named Shark – a teacher who then orders everyone to kill each other! While Nagasumi fights for his life in school, on the weekends he gets to date San and take her out to movies and maid cafes. With danger always around the corner in Nagasumi’s presence, he’s constantly rushing to everyone’s rescue, leaving a very worried San in return. Will Nagasumi manage to escape this semester unscathed?

This ova is actually a collection of short episodes with the Seto no hanayome gang. Some are better than others. Well I must say that the following review is based upon my personal opinion and tastes. I'm not a huge fan of comedies, mostly because there are very few comedies that manage to make you laugh while telling a good story and featuring good characters and good character development. Seto no Hanayome, the series, was not an exception but still, it was pretty funny. I wrote a review on it and I pointed the bad points and good points how I see them. However, for my disappointment this OVA, in my opinion, didn't do justice to the series. All the bad points are back with a vengeance (Lack of plot, annoying characters, more new characters instead of focusing on the ones they already have, no development for the couple at all). Plus to aggravate it all the good points are nullified: - Except for Nagasumi who seems to be the only character who is capable of any development, what so ever, every single character forgot any development they had on the series and reverted back to the behaviour they presented when they first appeared. - San didn't even behave as assertive and protective of her relationship with Nagasumi, at least not as much as the series...if anything, their relationship seemed to go a little backwards. I know that in this series the comedy comes first, still is frustrating to watch characters that seem to be stuck in the same situations. - Hilarious characters such as Mikawa and Saru hardly show up in favour of new characters that are not really that funny. They presented pointless new characters that are a bit annoying and not really funny taking away screen time from other characters that are more relevant, likable and funnier (Like shark Fujishiro, Masa, Mikawa Kai, Saru, even San's mom is funnier). As I said before some parts of the OVA are better than others, but as a whole it is just not as funny as the series. The level of animation and sound are good, I give the OVA that. It maintained the level presented on the series. As far as story and character development are concerned, though, this OVA does NOT add more to what has been already done and I considered it actually a step down on those aspects. 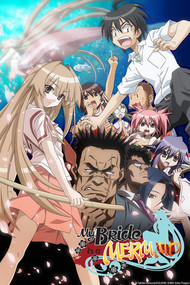 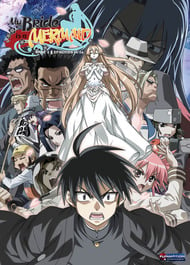 My Bride is a Mermaid OVA Special 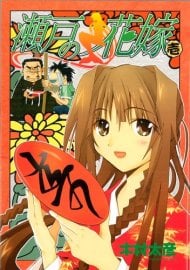