People keep criticising this anime for being too perverted as if they're watching anime for the first time and ecchi is a brand new thing. Some even going as far as to insult the watchers and labelling them as incels. You don't go into a harem, ecchi anime in hopes of getting a wholesome innocent story, just like how you don't watch Attack on Titan for anime tiddies. From the title of the anime "Jobless Reincarnation", it already hints that you're going to follow the story of a degenerate. He was an isolated, grown man who stayed at home and watched anime, played video games, and jacked off all day. You can't expect a guy like that to suddenly change his personality and turn into the flawless protagonist the moment he reincarnates. He was a perverted degenerate his past life, guess what he's gonna be the second he wakes up? You see people giving this anime bad ratings because they dislike the main character's personality and the pervertedness. That shouldn't be the driving factor when rating a piece of work. If you prefer to watch a flawless, wholesome protagonists, go watch My Hero Academia. This story is about a damaged man, an adult who was severely bullied into a reclusive life. Given a second chance at life, we watch him struggle with PTSD and slowly develop into someone with a purpose. He missed out on a childhood, education, friends, girls, love, purpose, etc. in his old life, this is his opportunity to make the most out of a fresh start. Of course that doesn't justify his questionable pedophilic actions, but we know he's supposed to be a degenerate from the get-go. Anime is weird, they've been sexualizing lolis since time, might as well generalize majority of ecchi-harem watchers as misogynistic pedophiles right? Lol. In any case, the anime does indeed portrays his trashy view towards women as a character flaw if you notice the subtleties in the later episodes. Let's keep in mind this is a guy who isolated himself from society and the only female interaction he has had majority of his life is from porn and eroges. As the story goes on, he slowly realizes that maybe girls IRL don't actually act like the eroge's he played in his past life. Women aren't simply objects that will cater to his sexual needs after he reaches some sort of milestone in helping them. We see his regretful actions after attempting to have sex with Eris, even if it seemed like she gave consent. He comes to the realisation he fucked up right away; the verbal consent was a grey area, her "yes" wasn't really a yes, he shouldn't have taken it as an opportunity to just barge in given how uncomfortable she was, stating he was stuck in his eroge mindset. No excuse, it was terrible, but my guy is learning. Yes, it's uncomfortable to see him have grooming intentions, perv on underaged girls when he's a grown man. I don't believe we're supposed to like this character, nor relate to him. But as uncomfortable as it may be, there is progression in his view towards women and other aspects of his character. View the anime as a redemption arc for Rudeus. We can hate Redeus as a character, but I don't think the anime itself is bad at all. In fact many of the characters are flawed and develop as the series progresses (his scummy Chad father is an exception). Unlike many isekai protagonists, he doesn't just start off OP, he gets to where he is by working hard and studying. Though after saying all that, I do not see this as an anime that should be considered as something you should analyze deeply into, this is an anime you can watch for mindless entertainment. View it more as a light hearted slice of life than a plot-heavy adventure. If you're too uncomfortable with watching Rudeus at his most degenerate, don't watch it, you won't enjoy it. Getting squeamish people to watch and review a gorey slasher film is gonna garner bad reviews. Getting people who are super sensitive to content regarding sexism and sexual assault to review Moshoku Tensei (or any anime with ecchi) is gonna garner bad reviews. Even though this anime isn't advocating for pedophilia and sexual assault (since they're trying to progress the character and show that these are part of his flaws), many people sensitive to the subject matter will hate on it either way. Story is entertaining. Animation is great. Sound is great. Overall: 9/10.

The main character reincarnated as a baby to a medieval couple in a world filled with magic, fantasy races, swordfighting but, most importantly, lots of opportunities for sexual assult. Particularly of minors. And that isn't, or should I say, shouldn't sit well with a lot of us but it just might with some because for some men female characters with completely lack of orientation as to what is happening to them is completely fine. There is just a chance for so much of a better representation of these dark themes, in a much more sensitive way, that these sort of characters just shouldn't cut it for anyone. Its all just really perveted, and after 7 episodes, just seems to be saying 'boys will sometimes think about putting a rape drug into a girl's drink, but as long as they don't do it, its good entertainment.' But I am not convinced that it is good entertainment, neither does it work for me when there are no apparent consequences for these actions that even try to put people off the actual act. No characters that are actively trying to change that consensus. We are welcomed with stupid after stupid after more stupid characters with no backbone or perveted thoughts. This anime is definition of men writing women badly, and whilist there is so much potential and beauty in the story at times, its just not worth it when you see all of the women characterised as characters to be assulted, be miserable, or just special type of stupid.  Edit: In response to comment(s) saying "the character is flawed, so that's the whole point!" The fact that his flawed has nothing to do with anything. It would be perfectly okay and sensible if he was like that, but only if there were consequences or reasons for his bad actions to go inexcused. *Spoiler* You know this very well, but there is one point where he pulls a girl's underwear off, she notices it, and all she does is give him some slapstick. SHE THEN PROCEEDS TO LOOK UP TO HIM due to how powerful of a magician he is. A character is looking up to someone who nearly sexually assulted them. This literally would never happen unless maybe in rare circumstance where the girl has been mentally abused to thinking that this is okay and her place in life. But there is NOTHING TO INDICATE THAT she was trained to be like that in the story, even if mildly her family seems weird. Nothing to indicate she ever felt uncomfortable because he did that, nothing to make us think that she was in any way affected by the event. Maybe if there was it would make sense but the point of the matter is whoever wrote this failed to create characters with actual feelings or comprehensible story. That's why its so bad. Everything about it is a huge character creation plot gap. Hence the feeling that the sexual assult is put in for entertainment of whoever is watching it, rather than part of real story telling, which is why its so repulsive and inexcusable. 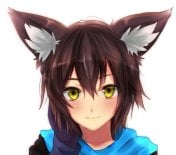 I'll admit that I came into watching this anime a bit skeptical, after being spoiled by Ascendence of a Bookworm. The animation, worldbuiling, and lore in this show is great and instantly pulls you in. What ruins it is the characters. If you enjoy hentai or those wish fulfillment isekais, then you can try this. But I could not look past the overdone raunchiness of the show considering this is about an adult man in a childs body. After watching episodes 6-7 I could no longer stomach the implied pedophile. None of the characters are likeable or redeemable. The plot is either extremely slow paced or absent. I think at this point its about the growth of the main character, but considering how much I dislike him, I don't want to see more. 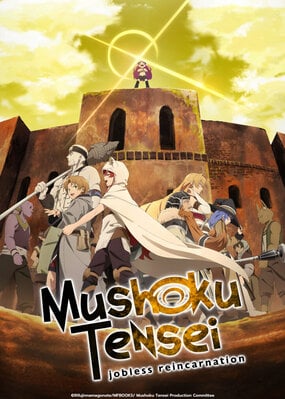 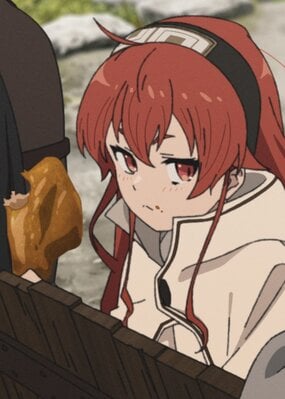 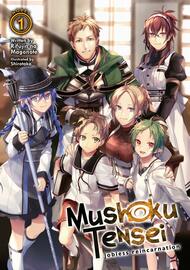 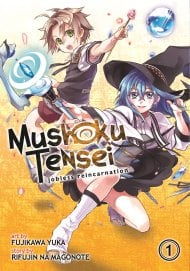