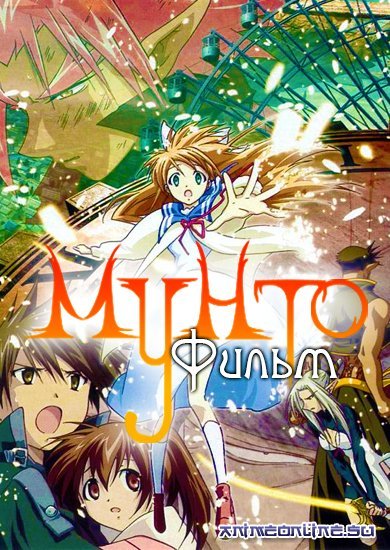 So… this is actually the third OVA pretty much of Munto. Is it any good? Well… It’s really hard to say. I like how they try to explain everything that is going on with flashbacks to the other episodes and that it tells more of the reason why Yumemi is so special to the world in the sky, although it feels like they tried to make it up from the last two. It all sounds like they just figured it out about why she is special so tried hard to put it in.

Sadly, it feels like they changed the characters personalities so that we would get more of a romance between Munto and Yumemi even though they had a good thing going on before. Munto speaks a bit more and she seems to be spacey even though they had already taken care of that in the second. It’s even surprising that they actually show Munto’s emotions and don’t have him hiding them all the time. To me, that made this show worth watching just for that. It annoyed the hell out of me that he wasn’t showing the emotions threw anything and now out of no where, he is showing so much more. He also seems older then he was before.

I actually like this a lot more then the others. I have always wanted to see Munto and Yumemi together and this has a lot more of that. The story isn’t separated like the others and feels a lot more integrated. Now, a couple problems I see is that they put so much pressure on Yumemi and even show her the dark side of the world she is to save, but really, why the hell would you do that if you want her to save the world…. It will make her want to end it is my thought.

The only problem I have is when it gets to a really heavy part, they start making some light hearted jokes while you just think ‘GO HELP MUNTO YOU DAMN BITCH!’ It’s like this show has problems with its attention span.

The art style really changed from the OVA, as though they tried to make it better then they could off and it just feels flat. Characters have way to long of legs; making them look as though they have no body at all sometimes. Yet, the artwork is slightly better then the second OVA, even if the CG is not as good still. I feel that it has actually been placed at the same level as the first OVA when it comes to the detail work. Sadly, action scenes look like they are full of runny egg artwork an don’t give a good feeling to the action.

The music sounds like we are going into a Studio Ghibli film, at least when it first starts up. There are a lot of silent parts, making it feel slow. This thing is full of music and really has no silence to it at all, they ether have talking or music and it bothers me a bit. Some times, it would have had a bigger impact when there wasn’t any sound at all.

Of all its ups and downs, I actually liked this one better then the other OVAs. It wraps it up nicely I think.