Munto 2: Beyond the Walls of Time - Reviews 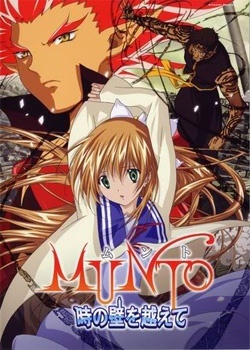 Munto seems to have a bigger roll to play and so does the Magical Kingdom. We see more of what is going on above the clouds and it’s actually rather action packed. I do have to say that if we are not confused from one world, we are confused of another. I was a little confused as to how Yumemi was still able to have power after she gave the power to the magical kingdom or how her memories were given to Munto when the power was unlocked and visa versa. You would think all that magic would of gone by now.

Some things are explained that was not before in the first one but yet, it feels like they just made it up on the fly in order to make a second. It may have explained a little but it opened much more questions like who all these kings are that they talk about and why one wants to overpower the others. The question also remands on who the real enemy is because they seemed to of come out of no where.

Half way threw the show; it had only shown one glimpse of Yumemi really and tried to show a back-story to the whole conflict up in the magical kingdom. When they do show her next, its strange clips of her life and they seem rather boring. It just feels jumbled and messy. I really don’t get why her friend keeps trying to force Yumemi away from the Magical Kingdom and Munto, even when she herself was able to see it herself. The story doesn’t get into the actual story until like 3/4ths of the way in. It frustrates me that they waited so long for it to actually start up.

The animation stepped pretty far down from the original. Many of the wonderful character designs seem lack luster and bland. The 3D animation also doesn’t seem to fit and feels forced within it. It’s like they rushed to get this OVA out after the other. It’s really sad to because it had the potential to be pretty good. Many times, characters start to look rather runny egged. Munto still looks like a Yugioh reject and then half of the other characters look like they could be on the cards. The only time it actually feels pretty is when its slow and down in the ‘Earth’ world and even then, its very rare.

The voices are pretty much the old cast with a couple extra people. Nothing much to talk about in this. The script is pretty pushed and bothers me a lot because of it. The music is rather beautiful and sweet when it comes to the slow parts though in the action scenes, it’s thrown into the background and not really able to stand out with all the other sounds going on.

In the end, there really was no ending to it and I have not heard of another one being made to fix it. They should of stuck with the first one and left it at that.