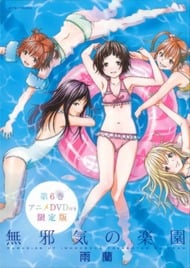 Unaired episodes bundled with the 6th and 8th volumes of the Mujaki no Rakuen manga.

A few things to get out of the way before we begin: 1. This was part of DTAB. 2. This was nominated by Brad. 3. Fuck you Brad. 4. Seriously, fuck you for picking this out of your loli fetish porn stash. 5. To the government watchdogs, I direct your attention to the guy who said we should watch this, and I quote without removing two names of people who watched this and far less sorrid shows about giant tits, milk squirting out of said tits and giant ass mammories that get sucked on for super powers: [QUOTE=Bradalee;1678258]Ailly, Geko, you both know you need to join in for this one. I promise it will be totally boners.[/QUOTE] And a link to the page in question for his loli boners in case I fudged up the quoting: Ze Link to a quote on Brad calling this show "Boners" Sweet, that's about it. This entire thing was Brad's idea. May the lord have mercy on our souls and may we avoid the government for watching this. Story: This is gonna be creepy and kinda... pedo. Or just extremely fucking creepy as fuck. So this... 25 year old guy, he's at this gathering with his old elementary school (High school? I don't know, it was a bunch of hot chicks that made sexy names for themselves) chums and chumettes and after some heavy drinking or something, wondering where the time went and stuff, he goes to the school roof and jumps off into the pool (WTF), only to be transported back into time where he was a shouta and all the fine ass chicks turned back into little girls, which is NOT FINE ASS. He still retains the mindset of a 25 year old pedo. Basically, it's a 25 year old man in a 6-9 year old body, surrounded by a bunch of little girls and some guys or whatever. But he is fucking 25 in a fucking 9-ish kid's body. And it gets worse. It gets fucking worse. This kid, he's like... I don't know, maybe that douchebag Makoto from School Days where he gets all the fine ass honeys and all the girls seem to lose their clothes around him and stuff. Which is... kinda... accurate... Hm. This is definitely some jail time. But yeah, there's plenty of loli ass, some no ass, some finely shaped, round loli ass, a girl who is literally all crack in the butt and this guy runs the gauntlet of sex without the actual sex. This is sounding really wrong and it is, but not as bad as it sounds because it's no schlong action, just boners through his pants. It's really hard to word it right while getting the point across. There is loads of euphemisms for boners, jizz, pleasuring little girls, and playing doctor because what the fuck. This was based on a manga! And they made an OVA! And it has no ending! It's literally some guy's dream boner of animating some sexual loli stuff! Whatever plot there is is immediately- ah. I can't use any... butt euphemisms... else it'd be creepy. Really creepy. There is very little plot that isn't a railroad for the loli train to the next sexual station. Very little actual plot and you have to remember, that shouta who is getting all that hot young girl action? That's a 25 year old in there. Animation: Everything here is criminal. The animation is split into two parts: The lolis and the semi-naked lolis. The lolis get sexualized and one rides his junk like a pony on a stallion, but no actual sex is involved, just oh dear god this is so wrong. Technically, this is one of the better smut fests and is like... good, you know, but it's still lolis. Some bare loli ass, a parade of undressing and dressing lolis, visual metaphors, the cream, pudding... I feel so unclean. Sound: I remember nothing of the music or voice overs and can thus only give it a blank. Which is a 5. For me not caring. Characters: There is 0 fucking development for the lolis or shouta. The guy is an adult NEET, one girl is an idol or something, another is a country gal (?), one's a princess like girl (I have no idea) and... there is really nothing to remember the gals from each other. Apart from the one with the assless crack and the one with the round butt which would have been better if she was older. Overall: Creepest. Shit. Ever. Do not watch this unless you appreciate lolis or have a fetish for them, like Brad. It's fun to namedrop his name like his, because it was his idea. And we're all on the government watch list. If you want to join the club, it's on youtube. Probably. But really, don't. 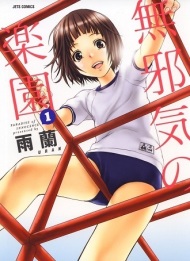 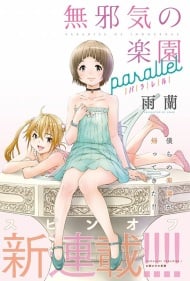