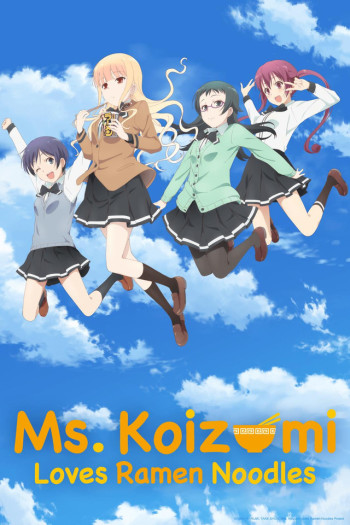 A cool girl who rarely speaks... The mysterious transfer student Koizumi-san doesn’t get along with others very well, but she’s actually a professional when it comes to ramen, who seeks out delicious ramen every day. Now serving up a truly authentic ramen story!

Cute Girls Doing Cute Things, this time they are eating ramen with erotic expressions. Each episode has 2-3 shorts about Koizumi's ramen eating daily life. Some trivia/history on ramen, but goes by real quick. There is a NO RAMEN, NO LIFE window text in one episode... Story will shock you: Koizumi loves ramen: the anime, nothing more, nothing less. One of the main girls is a stalker yandere, bet ya can't guess who. Animation is good, most of it is just girls slurping ramen though. Sound: Good boys and girls, don't you go making anything weird using the abundant ramen slurping Sounds ;) Characters: Koizumi doesn't give 2 kuso's about any other human being, still we are supposed to admire her and Yuu straight out wants to marry her. Other characters are nice. 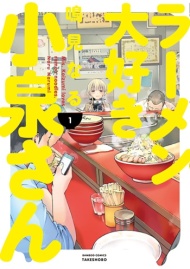