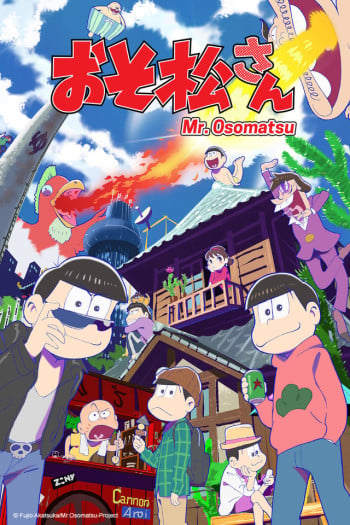 Matsuno household has six naughty and mischievous sons (who are sextuplets), led by the eldest Osomatsu. They were grade schoolers back in the Shouwa period, but despite of still living in the same old household, the street view as well as the life style of modern day society have changed drastically.

Let's Get a Job / The Melancholy of Osomatsu

Let's Become Independent / This Is Totoko

Okay, let's talk about reboots. Reboots usually end up dissapointing old fans BUT when it comes to Osomatsu-san, so far, it seems as if its been done right! -THIS REVIEW WAS WRITTEN WHEN ONLY 2 EPISODES WERE AIRED-    The original Osomatsu anime was aired in the 1980's so naturally a simple remake sort of reboot of an anime made such a long time ago wouldn't be a wise choice. Luckily the team behind Osomatsu-san have thought of that. the first episode opens with the Matsuno brothers discussing what to do about the anime reboot and then goes on to parody and poke fun at all the bigger anime titles from the past decade! I'll try not to spoil it for you but tons of shoujo and mainstream anime and manga titles get referenced in every little thing they do! the original Osomatsu was centered around the brother's love story with a neighborhood girl called Totoko. Of course she'd become the very center of all their actions in the anime however in this reboot the characters have grown up and are no longer 10 years old. Over the course of a few episodes we get to see them struggle with everyday "adult" problems like finding a job or a girlfriend and even helping random strangers overcome problems in their lives. Osomatsu-san addresses some of these issues that aren't easy to talk about, all whilst still keeping it mostly light hearted and entertaining. there is no underlying plot so far (only 9 episodes have aired when I write this) as its very episodic with each episode dealing with something different. We also get parodies from this decade thrown at us a lot XD The sound and animation are excellent! Although mostly keeping to the old character designs, the colour palette's been updated and uses lots of pastel colours. The characters are even given hoodies now instead of their original "school uniform"-esque suits. While the sound and music choices are reminiscent of 80's they are too, updated and more 'modern'. The music choices made are perfect for each situation. The characters are excellent. they're quirky and although the brothers look the same, they each have their own personality and quirks. The same goes for side characters like Chibita, Iyami etc. Each one of them has grown up but are still the same old characters with their gags and quirks from the old Osomatsu anime. And yet even though the characters may seem odd, you can still identify with and connect with them. All in all I feel that if you're a fan of parodic, comedic and just want to laugh and have a good time. Osomatsu-san is the anime for you!

I tried to love it. I really did, but crigy humor just isn't my thing. 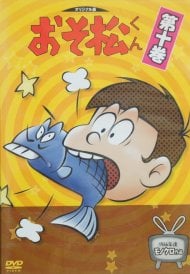 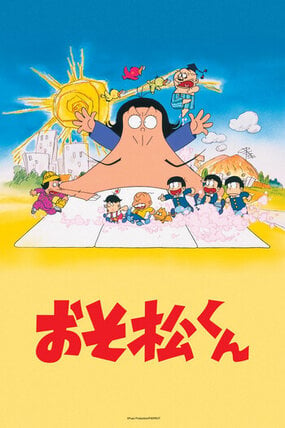 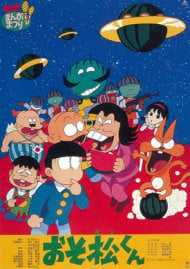 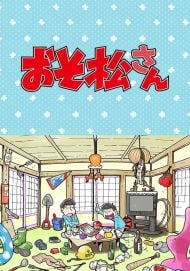 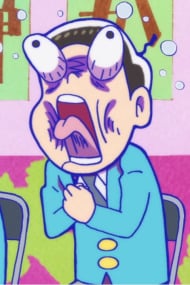 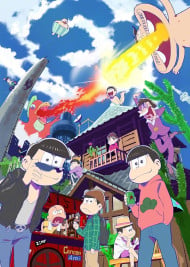 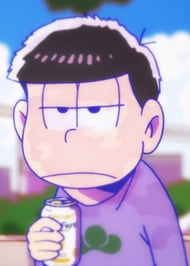 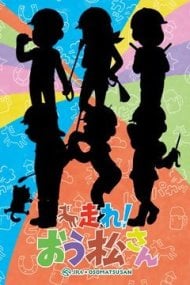 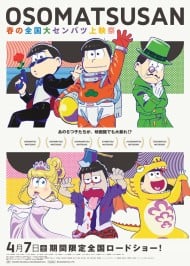 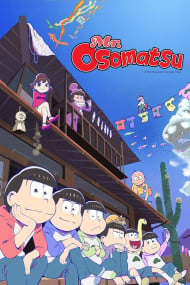 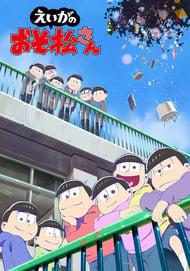 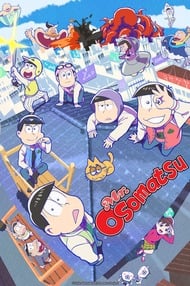 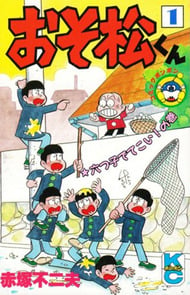 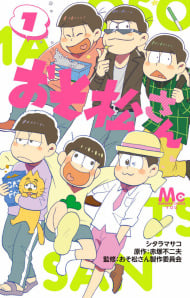 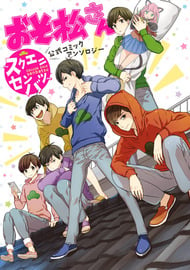