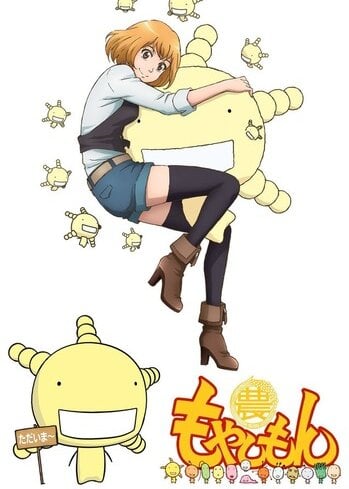 Tadayasu Sawaki and his long-time hometown friend Kei Yuuki are finally away from home and ready to start university. They attend Tokyo's College of Agriculture, and the adventures start from day one! But that is to be expected, as Tadayasu has a special ability that is conducive to adventure and glory, especially in the world of agriculture and biology: the man can see, communicate, and interact with microbes! With ambitious sake-brewing upperclassmen, a sadistic postgraduate, and a clean-freak colleague, things can only become more exciting for the duo!

StoryAt once a retarded comedy, a simplistic episodic drama, and an original look at our planet's smallest inhabitants, this anime feels like a science lesson with the Nutty Professor. Or perhaps it is better summarised as a self-consciously random journey through the world of sake and bacteria. Unconvinced either way? That's because, with little structure and seemingly no real point, it is difficult to pin down exactly what it is about Moyashimon that is so entertaining. The overarching plot, whilst never achieving any remarkable climax, certainly doesn't lack in originality; it seemed very ad hoc at first but I found it enjoyable nonetheless for the subtly interesting characters and the interspersed comic highlights. Like many series, it begins a little stronger than it continues, later adding more contrived situations and offbeat cast members to bolster its middle section. The ending could also be interpreted as a set-up for further seasons, for it actually ends just as the series becomes more character-focused. Still, Moyashimon brings something refreshing to the table to satisfy a viewer with modest expectations, and, because of its quirks, even attains real moments of addictiveness. In comedic terms, the show employs a mix of exaggerated expressions, bizarre situations, and extreme geeky behaviour. Many of the funny scenes rely upon us taking for granted that Agriculture students are at the weird end of science and that there is nothing to be done about it except snigger and thank the Fates for our Arts degrees. However, whilst laugh-out-loud funny on quite a few occasions, I find myself more often bemused than amused by the level of eccentricity. My guess is Moyashimon is the kind of comedy you will either like or dislike and the only way to find out is to give it a try.AnimationThe character designs are easy on the eye and allow for some great expressions, and the microbes are more like children's whimsical drawings than loyal scientific depictions. However, the actual quality of animation is high, with smooth movement, very neat, bold lines and a mature colour palette. It is nice to know that even shows like this are treated with respect once in a while.SoundThe opening theme is catchy and fun but the ending theme by Polysics, with its electronic beats and demented vocals, easily steals the show. I just can't get enough of its upbeat and bizarrely paced mesh of sound. Each voice actor also does an excellent job in terms of suitability and comic timing, although none stand out as especially mesmerising - wait, I tell a lie. With high-pitched, gleeful electronic voices declaring: ‘I ate rice and out came alcohol!' the bacteria have by far the best vocal moments.CharactersMost of the characters never develop beyond their quirks; their purpose seems to be purely to facilitate the gags. Although a couple of the central characters receive some character development, this is interestingly left till quite late into the series. Sure, not all of them turn out to be charismatic personalities with convincing motivations and sympathetic goals, but they are indisputably unusual and vibrant - and that makes them interesting. Sawaki's relationship with the microbes is particularly fascinating, although this sadly is not explored in much detail. The microbes, which remind me a lot of Loco Roco the PSP game, prove to be the most fun to watch; I find their educational and irresistibly cute presence on screen a pleasant break from the unyielding wackiness of the show in general.OverallI can't quite put my finger on it, but there is something about Moyashimon which simply works, making it exceed the sum of its parts. The show lulled me into a comfortable understanding of what it would achieve; but then it exceeded my expectations by firstly, making me laugh, and secondly, making me realise I actually care about these characters. Moreover, like any half-witted comedy, Moyashimon keeps it short and sweet with eleven episodes, which means it maintains a consistent level of quality throughout and, despite the lack of any concrete knockout factor, remains mysteriously addictive. For those intending to watch it, I'd recommend waiting until you're relaxed, have unappealing chores on your ‘to do' list, and are ready to laugh at anything.

Demograph: 12-21 The initial idea for this series is very good, and the designs for the microbes are intoxicatingly cute (and still litter Japan). However, the story for this series is dismal, the pacing is wrong and the episodes are disconnected thin excuses for narratives. The story goes nowhere and is forced to rely on it's characters, all of which are shit bar the microbes, which get nowhere near enough screen time. I'm biased; I think slice-of-life is a waste of my time, but to be honest I wasn't expecting some run-of-the-mill coming-of-age life-decision-making cutsie univeristy trash when I read the synopsis. Really dissapointing use of a great idea. I liked the series, and still do, just because of the premise. But I hate it for dragging itself out for 11 goddam episodes. A 1- or 2-episode OAV would have been fine, and wouldn't have had to make up stupid plot element to fill time. I can't but feel bad about the harshness of this review because the animation is good, the microbes are awesome as I said, and the OP and ED are wicked. However... what a shame about the rest.

Unique and interesting are two words that describe this perfect anime.  I wish there were a million episodes because this is an underdog anime that doesn't get the praise it deserves.  Who would have thought about the idea of a boy who can see microbes?  There are cute keychains sold at the Giant Robot store in California of these little bacteria. 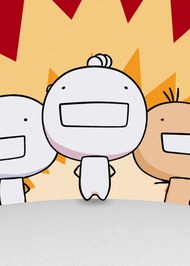 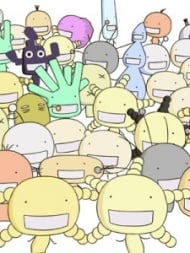 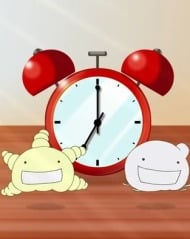 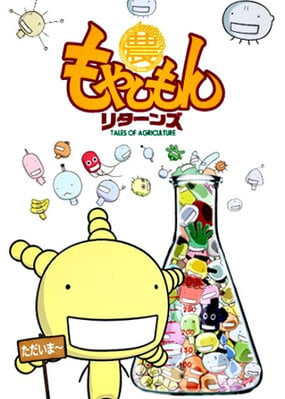 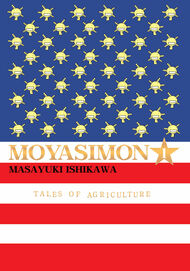