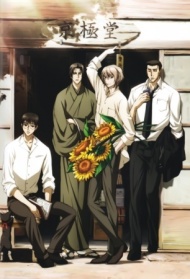 STORYThe story of Mouryou no Hako (or "Box of evil spirits" in loose translation) is a dark mystery taking place in postwar Japan that follows a group of investigators solving a case concerning bizarre murders of schoolgirls, whose bodies were dismembered and stuffed into boxes. The distinctive features of this story are supernatural Shinto elements and complex non-chronological storytelling with quite a number of surreal, psychological scenes. The latter, apparently, was supposed to make the series more thought-provoking, and it did make my brain work quite a lot... until I realized it's all done for a fundamentally wrong purpose. Unlike in Paranoia Agent or Boogiepop Phantom, where the puzzle is put together step by step and the non-chronological storytelling is employed to make this process more interesting, here it's used to make the series as baffling as possible until one of the characters simply explains everything. Moreover, we don't see how he looks for evidence and comes to his conclusions - they're presented as facts, as if he knew everything beforehand.Besides, the anime spends two entire episodes showing the characters sitting round the table as they drink tea and discuss the Mouryou phenomenon, using myriad of facts from Shinto and folklore. While I love everything supernatural and thought-provoking, that explanation turns out way too long and complicated: the main idea is pretty clear, but the details are very confusing and have little to do with the actual investigation. And exactly like with the previous aspect, the show could have revealed the nature of Mouryou gradually in the course of the story by making the characters investigate it, instead of subjecting the viewer and the characters to being lectured in an almost indecipherable manner by a certain guy who just happens to know everything beforehand.Speaking of the positives, however, I like that the show takes place in a realistically portrayed historical setting and that it's performed in a classic noir style, rare for anime. Also, I really enjoy how dark and mature the story is, as it touches upon very serious topics, and eventually the whole "Box of evil spirits" phenomenon turns out to be a powerful and surreal allegory of how the evil emerges and grows in a lonely and suffering heart. In other words, I like the show's themes, setting, dark mood and psychological undertones, but not the actual way it unravels the mystery. ANIMATION & SOUNDIf you've watched Aoi Bungaku Series, you know what to expect from this anime as it comes from the same people who did the Run, Melos! chapter of Aoi Bungaku, and thus they are similar in style & quality. If you haven't, I'll just say that the series has: very good visuals featuring some mind-bending, surreal scenes; attractive yet realistic character designs by CLAMP; great soundtrack, both BGM and songs; and impressive voice-acting. In other words, what we have here is another example of quality by studio Madhouse, and the high production values are certainly among the strongest aspects of this series. CHARACTERSThe show boasts a potentially brilliant cast that consists mainly of adult & clever men: a detective, a writer, a psychic, a reporter and some others. Also, it comprises a beautiful movie actress and those schoolgirls with a yuri relationship between them. However, the anime is too story-driven for its own good: until the end, it spends most of the time on discussions and playing with chronology, using the characters predominantly as mere pawns & mouthpieces. At the end, it finally introduces some character development and serious drama, yet it appears insufficient to make the cast really memorable and make you feel attached to any of them. Besides, as I have already mentioned in the story section, the show exposes crucial information and resolves the mystery with a help of one character who simply knows everything instead of making the characters come to those conclusions using their logic; which means, most characters don't fully display their abilities in the course of the investigation, and that disappoints me quite a bit. So, my opinion on the cast is the same as on the story: I like the characters but not the way the series handles them.OVERALLWhile some viewers may consider this anime an underrated intellectual masterpiece, I think it overcomplicates itself for the wrong reason; explains the mystery instead of solving it; and never does its characters justice because of that. However, it does have quite a number of strengths as well, and in general I enjoyed the series even though it could be better than it eventually turned out to be. So, it may be well worth giving a try as long as you don't expect a masterpiece, and you are ok with the slow pace and plenty of dialogue & monologue it has. 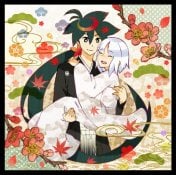 Mouryou no Hako is an excellent detective anime, dark and unusual. The story looks incomprehensible at first, but it is amazing how every little piece fits in its place in the process. It is thrilling and upsetting , but full of intelligence. Animation is fluid and very pleasant to watch, while the caracters have the caracteristic beauty of Clamp works. The sound  score and voice acting are completely fitting. The characters despite their number are quite memorable. This show is disturbing and brilliant, with excellent direction and a compelling story. I recommend it to anyone enjoying intelligent, dark detective stories, but it's definitely not for someone who easily has nightmares :)   (I wonder, could I put an image in the anume entry? It's a pity it's blank! :P)

Didn't get what I originally expected. I liked the anime, really, though disliked episode 14. Anyways, let me keep this short. The first thing that this anime lost in and was quite bad in, was, 'Explaining mysteries'. You know, every detective/mystery anime makes a good case and then exquisitely unveils the mystery. However, in this anime, they just did everything poorly. Alright, my first episode experience was greatly damaged, so I guess the starting of it was 'Quite a trash'.  Another point, GL. I know I don't mind GL, even though I'm a BL fan, but still. They shouldn't have made the starting point a 'GL' well, that was very disappointing for me.  That aside, what I came here for, Reijiro, darn, he didn't get much screentime. Another higeki. :( I hope he could've gotten much main role...  Overall, this anime is the first detective one that I failed to solve. The first one, which didn't give much screentime to its main character. It was nice, but I would say that if you like a mystery to be solved in a fine manner, not for you. Exactly. How they mustered up the mystery, circled it up around the whole story, really confused me and it was really boring (especially, their boring loooong talkings). They focused on 1 CASE with plenty of mystery in it. And they forgot to stage Reijiro more. Now while comparing it with Vatican, although Vatican Kiseki Chousakan focused heavily on Christianity (which's not really bad) I really admit Vatican deserved more than this. So, for mystery-lovers, Vatican is much, much, really, much better than this.  That's all! Thank me for giving it more than it deserves... By the way, Kubo was cute. And it was a bit sad for his story. I shipped Akihiko and Reijiro. 😅 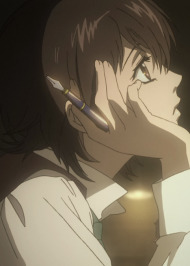 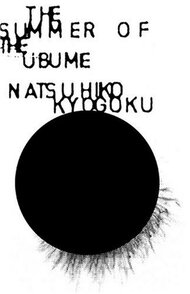 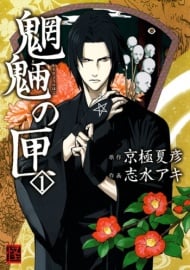 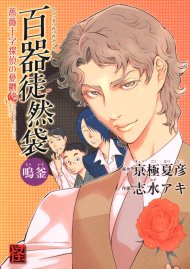 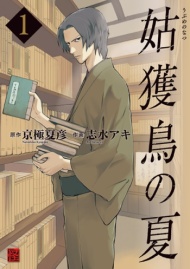 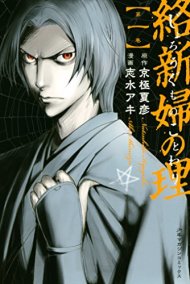 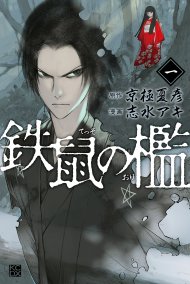