Alt title: Hello, This is Terumi. 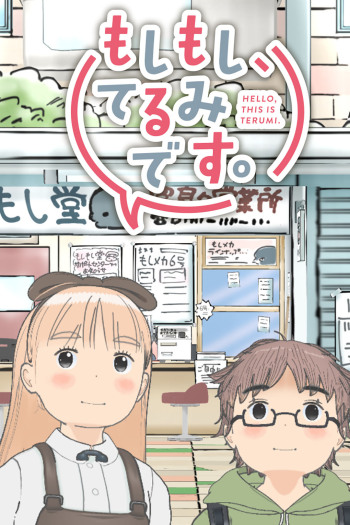 Five three-minute episodes will air in a month. The anime will have segments about the state of salarymen throughout Japan, such as how many eat bread or rice for breakfast.

Taeko Shinbou is an office worker who is patient with everything and greets everything that comes her way with cheer.

Najimu Mujina is the president of Mujina Company who is neither an adult nor a genius, but an aggressively average five-year-old girl. All the familiar trappings of adulthood like match-making parties, contracts, and socializing while golfing are new experiences to her. The story follows Najimu as she navigates modern life with her capable but too indulgent secretary, her office worker of unknown nationality, and her employee who plays the comedy straight man role to her antics.

Taka no Tsume-dan no JBC Daisakusen: Koi no Road to JBC