Moon of a Sleepless Night - Recommendations 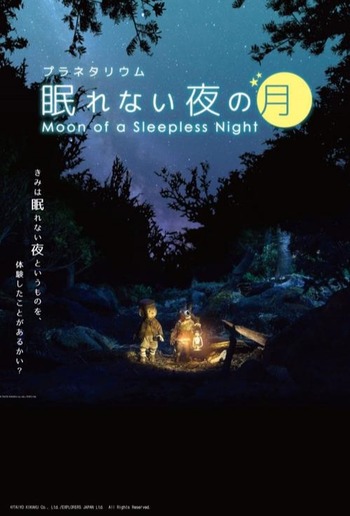 If you're looking for anime similar to Moon of a Sleepless Night, you might like these titles.

Norman the Snowman: On a Night of Shooting Stars

This is the story of a boy who travels with a snowman to a snowy land to see shooting stars.

Norman the Snowman: The Northern Light

As the first snow falls on a town in the northern country, a boy sneaks out of his house to board a northbound train with his friend “Norman the Snowman.” They are off to witness the beautiful wonders of nature that Norman had always talked about.

Upon a glassy ocean, in a world where time appears to have stopped, an old man travels and reminisces about his past. Joining him is a painter who likes to capture ships and whales in his drawings, and a number of other travelers. From a whale about to jump, to a fallen star, to flying fish that are waiting to be caught, there are an infinite number of wonders to be found on the serene and glassy ocean.

The boy and “DINO” who is the crocodile are on a journey to find the lost crown faster than the tapir. They believe that they are building mutual trust throughout their journey.