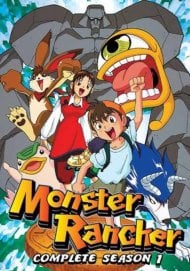 STORY SECTION: 5/10 [Is this the DigiWorld?] This is in a nutshell a simpler Digimon variant. A boy and a girl are transported to a monster land, where they must find a way to return home. Along the way, they befriend and liberate monsters, learn and mature through their adventures and face the evil demon that tyranises this world. And that is pretty much all there is.In case you have watched any Digimon seasons, you will know what to expect. Simple adventures, moral messages, coming-of-age talking and other silly themes. So, ok, at some times the series gets more violent or scary than Digimon. And there are some plot twists concerning the origin of the monsters and the identity of the arch-villain that do spice things up. But that happens only at a few points and it is not enough to improve the whole childish concept of the story. ANIMATION SECTION: 6/10 [Hey, look! More species of Pokemon!] Cute and clear but nothing great, appealing to the eye animation but without any artistic value. All character figures and objects don’t have much detail on them, the colors are vivid and generally bright, with too much lightning / shadowing antithesis. The monsters are as weird looking as most Digimons are. You know; an animal or object with a weird trinket to make it look bizarre. I must say, some of them look too spooky or ugly, even for kiddie standarts and thus I find them less appealing to the eye that their counterparts. Special effects such as energy beams and explosions are also too simple to the point they become boring to keep watching. The world is also rather empty and full of ruins so you are not made to think it is bursting with life or anything. SOUND SECTION: 6/10 [Pokemon! Got to catch them all!] Don’t expect any great voice acting or marvelous music themes. Kiddy voices, funny sounding monsters and cheery music themes are all you get. Enough to keep an 8 year-old focused but quite lame for teenagers and above. CHARACTER SECTION: 5/10 [Is that Ash and Misty?] We have your typical immature, hyped boy in red, acompanied by your typical gentle and serious girl, aided by some comic relief monsters. And a generic Big Bad chasing them. And some other one-episode monsters and characters teaching them or chalenging their moral beliefs. And… Well, that’s probably all. Not original, but colorful and kinda developed in the end. VALUE & ENJOYMENT SECTION: 1/10 [When is the “list of monsters I have to catch” going to end?] Not original or interesting in the long run. It won’t keep any seasoned viewer glued and newcomers in Anime will most likely turn to “that other show”. VERDICT: 4/10 Better leave alone these critters in their Pokeballs… I mean, ancient tablets!

Story The story plays out very similarly to another game tie in, There isn't a lot tying each episode together. They are just monster of the week episodes. Another thing that is going against this anime is the abundabce of cheese, there is lots. Goodies and baddies being called goodies and baddies and the chief antagonist who feeds on hate may, rightly, have some people not being able to finish it. If you do you will see one of the most inexplicable second seasons I have ever seen. It is blatantly trying to squeeze more money out of the already wrung out franchise. Also the pacing is all over the place. Animation Considering how successful the game franchise is, you would expect there to be some money behind the production. There doesn't seem to be any. The animation is very low quality. It is inconsistent and the fighting abilities of each of the monsters are reused over and over again.  Sound The sound is also really bad. Admittedly the opening sequence is rather catchy but everything else is terrible. The rest of the music is either trying too hard to be cool which is almost embarrasing. The voices are ok, they fit the characters well but due to how bad the characters are they still feel pretty bad. The voices don't fit that well in the dub, they are off somehow timing wise. Also in between the first and second season they changed the actor voicing the main character. He just goes from annoying to annoying, there is no improvement. Characters The main characters are pretty bad. They are very predictable at the start and then you have to watch them be predictable for 73 episodes. Pretty much every character cliche there is is represented. SOme of the characters that they meet on their journey are a little interesting, but you see them for such a short time it doesn't matter. Overall Normally I don't mind bad anime if there is some redeeming factor to keep you interested. In this there isn't any. The only reason I watched it was because I watched as a kid and didn't see the end of it. This compelled the need in me to finish things to keep going. I wouldn't recommend this to anyone, even those who want to find out how it ends, there are episode summaries for that. 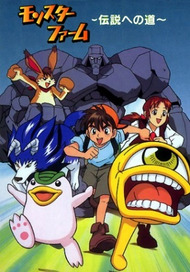 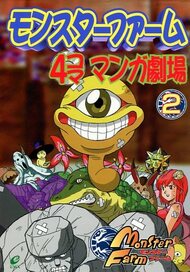 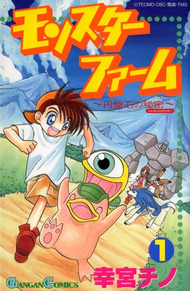