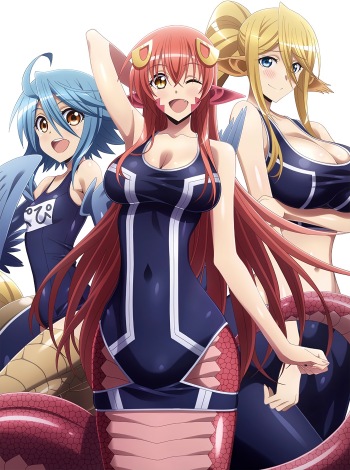 Story is little better than main anime, its was good becuse it showed Rachnera story in old host family.

So if u ask me you should watch it.

Ep. 1 is total fanservice, ep. 2 is backstory plus even more fanservice. Absolutely perfect for being an OVA. Also boobs

Since i dont want this to get removed i'll say it in a pg way possible it's really just breasts and furry type stuff if you wanna see this dude get a harem of furries even tho most of them dont stay with him, its really just a horny ass anime. i would only pick this anime back up if i got dared to honestly because its not even my type of anime to begin with and fanservice overpowers any kind plot potenial this show might've had maybe its because im female but like i dont wanna see a females breasts being exposed and moaning i already get enough of that with running sounds and whatnot this might get removed now that i said that but im just telling the truth. This is most defitaly not on anyones list of animes i liked. It might have been good if they like just made an isekai world with dude getting girls i would have been able to give it a solid 4 stars maxiumand considering i have to wear headphones while watching hthis. the and the story could have been exicuted alot better.I cant blame them tho idk what i exspected from this anime with the cover looking like that.

Sorry for any sleeping mistakes or typos i dont feel like fixing them because im a lazy bum.