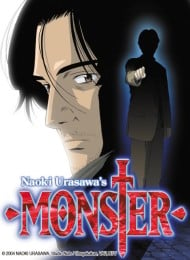 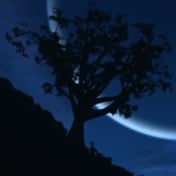 StoryI’ve written about this several times now, but for the sake of completeness, allow me to complain once more on the general quality of lengthy series. The simple fact that long series tend to be filler-ridden, asinine and childish wastes of time is not a difficult one to realize. When it comes right down to it, a profitable 50+ episode series needs a big audience and a small budget, and thus most of these shows tend to appeal to the largest demographic (boys) while at the same time keeping the content per episode to a minimum. As evidence, I point towards the cancellation of Twelve Kingdoms, the baffling continuing success of Pokemon, or the stubborn determination of Naruto to remain boring and repetitive despite an excellent initial premise. Fortunately enough, there are exceptions to every rule, and Monster is one of them. Despite an incredibly large number of episodes, the anime presents a thoroughly intelligent, incredibly well paced, and unquestionably mature storyline. Furthermore, this inexplicably high quality does not only apply to the plotline, but to just about every aspect of the show. As a result, Monster is a breathtaking tour de force of amazing suspense and surprising intelligence. While I certainly hope that a series of this length will one day exceed Monster, the odds of this actually happening are practically nonexistent. The series begins quietly. At the beginning, Dr. Tenma (the protagonist) faces a fairly standard (albeit poignant) moral dilemma regarding the relative value of human lives. Once he chooses his path, however, he triggers an unavoidable chain of events that eventually plunges him into a remarkably complex and rewarding storyline. A common problem among extremely lengthy series is that they attempt to stretch a premise over more episodes than it can handle, but Monster has no such problem. The anime moves at a pace that one would expect from a 26 episode series, but never slacks off in overall quality. The basic plot borrows heavily from film noir; a lot of what the genre is known for (dimly lit cityscapes, corrupted and cynical characters, rampant crime, etc.) can likewise be found in Monster. As a result of using these elements, Monster is by nature a very engaging and suspenseful watch; this is the first anime in quite some time for me to truly marathon. However, what makes the show so inherently great are not the similarities to the genre, but the key differences. Whereas the style of film simply believes that most human beings are easily corrupted, Monster focuses on the basic reasons for this decadence of morality. Is evil an inborn trait common to a select few individuals, or do these individuals become depraved by outside stimuli? In particular, the show asks very insightful and intriguing questions on the possible existence of Absolute Evil, and whether any human being truly deserves to die. By asking these questions, Monster becomes not only one of the most electrifying animes that I have seen, but one of the most intelligent as well.AnimationThe exceptional plot and characters are wrapped in a presentable, but by no means groundbreaking, technical package. Animation gets points for its relatively unique style in the character designs, but falters in other places. Many of the backgrounds of the show are somewhat ordinary, and oftentimes the mundane, everyday imagery is at odds with the darker mood of the show.SoundVoice acting is exceptional; Noto Mamiko has now surpassed Inoue Kikuko for my favorite seiyuu. She was outstanding in Elfen Lied and several other series, and she’s equally impressive here as Nina Fortner. The other highlight of the show is Johan’s actor, who pretty much channels the role perfectly, but the rest of the actors all put in more than respectable performances. Music works decently well with the show, but isn’t really listenable by itself.CharactersMonster is also careful to show the better side of humanity, most often through Tenma. Although at first he is portrayed as an unremarkable and somewhat impressionable individual, he soon shapes into a truly honorable and likeable human being. Many times, he acts as a foil to the decidedly gloomy events around him, and single-handedly prevents the show from ever becoming too depressing. Tenma is further complemented by the equally impressive supporting characters, which are excellent without exception. From Eve, the classic femme fatale, to Lunge, the tireless, unrelenting inspector (who in many ways represents Inspector Javier from Hugo’s “Les Miserables”), even the more minor characters are extremely well developed and absolutely fascinating. However, these fantastic characters are overshadowed by the anime’s primary antagonist (whose name I will not mention, in the interest of keeping this review spoiler-free). Of all the villains in anime, this is the best one I’ve seen since I watched Berserk nearly two years ago. Eerily well developed and yet at the same time unflinchingly evil, the character is a true monster that really has to be seen to be believed.OverallOverall, Monster is a new favorite, and is a series that I would recommend to just about everyone. Think the crap you’re watching now is better than this? Think again.

StoryAllow me to reveal a cold, hard, and very ugly fact: This past year has been nothing but a plethora of the Annoying (Madlax, Samurai Champloo), the Average (Elfen Lied, Midori no Hibi), and the Awful (Gantz, Konomini). As the year wore on, I worried that maybe only Koi Kaze lingered on the side of good. Fortunately, I was wrong. There is one other title, just one, that is not only good, but outstanding. Monster very easily blows away all anime released of late and is truly the best anime of 2004.One decision (made with the best of intentions) is the catalyst for the events that unfold. Dr. Tenma's decision challenges the age-old idea that institutions exist only for the benefit of "high society." Monster is the first anime I've seen that seriously touches on the issue of bigotry and elitism. There are many ideas illustrated throughout Monster, but none more prominent than the theme of redemption or forgiveness. Is there such a thing as redemption even for the greatest sinners? Many of the characters (the alcoholic ex-detective comes to mind) have been broken-whether physically or emotionally-and seek that one thing that may save them. Dr. Tenma, in particular, undergoes a desperate and poignant journey in order to alleviate guilt for something he has done. Not only is the story fantastic, but its execution must be admired, as well. Although slated at seventy-eight episodes, Monster has, as of yet, a multifaceted story that has remained compelling. AnimationOnly Satoshi Kon draws characters this ugly.SoundEerie is the perfect term to describe both the opening and ending themes. The OP is an odd, but excellent instrumental peppered with haunting voices in the background. The ED is just as odd (if only for the pictures that accompany it), but I really like the song. I don't know the name of the singer, but I really like the way he sings the lyrics. "We could lose it all, but we'll go down fighting." Heh. The second OP sucks. The background music can be overly dramatic at times, but that doesn't happen very often. The voice acting is solid, with the stand-out being Eva and Johan. Johan never raises his voice, and this fact puts chills down the spine. But most importantly, a guy plays the part.CharactersThe story is only outmatched by the characters, most notably, Dr. Tenma, Johan, Eva, and Detective Lunge. On Dr. Tenma's part, he is almost unrecognizable from the beginning of the series (ala Twelve Kingdoms). In the beginning, he's an unremarkable character- submissive and indeterminate. He's the type of person that doesn't care about being used. He's the type of person that will hesitate to make a decision. However, it's not long before Dr. Tenma transforms into a strong-willed human being capable of murder and giving up everything- his position, his credibility, his life- in order to retract his decision made in the past. Eva is a novelty; in fact, I wish there were more female characters like her. Gone is the silly, frivolous cardboard and in its place is a lonely woman willing to do anything for the sake of her wounded pride. The insomniac Detective Lunge is always fun to watch and I wait patiently for a back-story. But as great as the characters are, all of them are bested by the villain.Likened to Hitler and Jesus Christ, the title character is the best villain to grace the anime scene since Griffith. Exploiting those who have been psychologically damaged, he positions himself as either healer or cold-blooded manipulator. He has very rarely appeared on screen; in fact, until a certain point, he has had only one dominant scene. In Elfen Lied, viewers are often exposed to images of Lucy's depravity, but Monster's approach is subtler and not so easy: his intricacies are not revealed through dialogue spoken by him seasoned with maniacal laughter, explicit acts of cruelty, or murderous rampages, but through other's reactions when speaking his name. I see that others, even ones closest to him, are terrified of him, and this is much more horrifying than had I been constantly exposed to gluttonous brutality. When viewers finally see him in actual action, it's a supplement- it strengthens his character, surely, but it is not wholly necessary. At this point, had his physical appearance been omitted, I would still be scared to death of him, and that is perhaps the most meaningful praise I could give. OverallSave for a few episodes that probably could have been omitted (at one point, the anime was almost episodic), Monster has been the most engaging anime I've watched in some time. The show is intelligent without resorting to surreal metaphors in the likes of Boogiepop Phantom or Serial Experiments Lain. Gripping, intensifying, and bloody brilliant, Monster is one of the best anime I've seen. 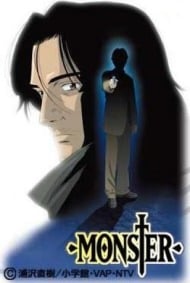 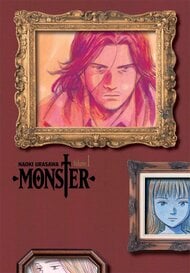 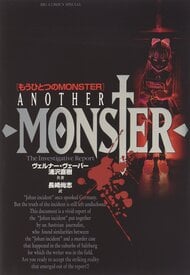