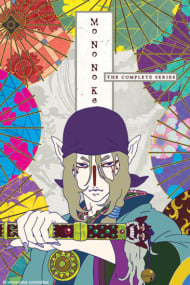 StoryKemonozume, Mind Game, Gankutsuou... you've seen it all before. Or so you think. Part horror story, part surrealist art, Mononoke is another oddity that defines itself by looking spectacularly unlike the norm. Ugly in design yet beautiful in execution, and always laced with acute irony, the show could make me scream, laugh, and goggle almost all at once. My last hunt through the horror genre ended with the stunningly crap Jigoku Shoujo, also one of my fastest dropped anime to date. If this mingle-mangle of vengeance stories is anything to go by, hellish torture just means nerve-racking boredom. Nonetheless, Jigoku Shoujo is a symptom rather than an accident of the horror genre, which often struggles with slogging narratives and generic monsters that just aren't scary. Mononoke, in being both original and genuinely frightening, thus sticks out from its siblings like a shiny knife from a virgin's breast. In fact, a more appropriate comparison than Jigoku Shoujo, and one that's fairer to Mononoke's excellence, is the outstanding Mushishi. Mononoke takes a similar humanising approach to its paranormal subject matter, putting the tragedy of its characters first before adding some supernatural razzmatazz. On the other hand, unlike Mushishi, Mononoke engages the senses more than the intellect, providing emotive plots via strong hooks and dazzling climaxes. It's classically designed mysteries come with fresh Japanese eccentricities and plenty of spectacle, making the whole product highly addictive despite its steady pace.AnimationMononoke is not just animation, it's a moving art exhibit. Everything is washed in faint scratches as though drawn on ancient parchment, and the characters look vibrant but distinctly two-dimensional. While the Medicine Seller retains a biseinen design, the secondary characters appear more like caricatures, with many having bulging eyes, fat lips and noses, and distorted forms that look both grotesque and funny. On the whole, the design brings to mind Dali as much as it does ancient Japanese art, with a bottomless well of creativity to make established horror themes appear bold and new. From an entire background cast of mannequins to guitar-playing fish demons, each story provides a fresh way to enjoy horror.SoundWhile the musical score's only highlight is the samba-esque opening theme, the soundtrack as a whole is outstanding in its use of sounds. Unusual spooky noises abound to enhance the atmosphere, build tension, and develop the show's sensual appeal.CharactersMononoke's characters will amuse, move, or disgust depending upon their performance. Mostly, they are vivacious, charming viewers with their bubbling madness whilst having only enough substance to matter to the plot. What remains with the audience, however, is not the individuals but the creative milieu they inhabit; thus their one-dimensionality matters little. Only the Medicine Seller remains a calm constant in an otherwise restless crowd, always with a wry, deadpan approach that's as witty as it is unnerving. His garish face paint and subdued personality make him a fascinating bag of contrasts without fully explaining him. Initially, he seemed a straightforward comparison to Ginko, the lead in Mushishi who also travels around solving paranormal mysteries. However, while Ginko plays the role of a dispassionate bystander, the Medicine Seller seems to get a kick out his profession and takes an active part in the resolutions. Moreover, the Medicine Seller has a mysterious appeal and screen presence that Ginko doesn't - once he lands in a secondary character's life, he becomes as much an attractive feature of the plot as the ghosts who inhabit it.OverallAnyone thinking this show is merely for the arty types because of its experimental animation, think again. Mononoke is blood-curdlingly scary in a way anyone can enjoy; where other shows fail to even prick a fan's imagination, Mononoke sends shivers streaming down their backs. Who can resist shaking like a leaf during the disturbing sea voyage with the hollowed-out tree? Who will walk away from the final 'Ghost Cat' episodes mentally unscathed? Indeed, Mononoke comes shockingly close to reinventing the horror wheel thanks to its invigorating style and powerful narratives.

StoryEpisodes three through five, the Umibozu arc, may be one of the greatest things I have ever seen in anime. Alright, allow me to back up here: Mononoke is divided into a series of standalone arcs; each of these arcs involve the Medicine Seller solving the psychological problems and unearthing the dark, unpleasant secrets of the characters he comes across - which is to say he fights monsters with a magic sword. Nominally a horror title, Mononoke really is more a phantasmagorical mindfuck - it's mystical, supernatural, and just downright weird. Expect to be perplexed but never scared. Surprisingly it can be astonishingly touching - the conclusion to Umibozu is as movingly pathetic and bitter and human as anything I've seen in anime, and the better arcs are characterised by this personal approach. Even when Mononoke isn't delivering that it weaves intricate and rather diverting stories with frequently grim undertones. In either case the anime is lathered in surreal symbolism. Well, what does all that symbolism mean? Some of it's pretty easy to figure out (apparently, wearing masks is related to putting on another face to conform to society - YOU THINK?), and even when it isn't immediately understandable it never gets in the way of following the story. Flourishes aside, each of the plots are completely comprehensible, though some will require you to pay close attention. Oddly, though - and I can't stress this quite enough - Mononoke is a FUN series. While not the most purely entertaining pretentious series, it's far more engrossing then it has any right to be. I marathoned the whole thing in a breathless instant, and for that it deserves my utmost praise.AnimationEasily some of the best art direction I have seen in an anime series. Mononoke is classic Japanese art infused with a psychedelia of bright colours, gorgeously vivid texturing, and sprinkled with ever-so-slight old school animation style for some of the character designs (the goofier ones). The imagination used across the board - from the apparently more 'mundane' particulars of the period details to the bizarre imagery and staggeringly strange creatures - is nothing short of breathtaking. If I were to have any criticism at all, one would be that the movement isn't the most fluid I've ever seen; though it's still significantly well beyond average, would put most anime titles to shame and its use is merely exceptional. There's also a comparative lack of shading, but shading would arguably detract rather than enhance the intensely detailed and layered visual style. Okay, those criticisms died the death of a thousand qualifications, but Mononoke simply looks THAT GOOD.SoundThe opening is merely catchy enough but the ending is completely forgettable. However, the incidental music is highly evocative, whether presenting powerfully delicate emotional states or mystery-laden tension. While the voice acting is largely commendable, the cold, politely confident timbre of Takasura Sakurai as the Medicine Seller (also known as Code Geass' Suzaku, of all things) is particularly effective.CharactersWho is the Medicine Seller? He's dark, detached but entirely professional, he may lack sympathy for those he encounters but his understanding serves well as an alternative. While apparently not human his true nature and inner feelings are forever shrouded in mystery. Ultimately though, while he's an interesting creature to see at work he's not one I'd have enormous empathy for. I found him most interesting when he displays his brutally dry sense of humour, which isn't as often as I'd like. What empathy is to be found here, then, is in the characters that vary from arc to arc. They can be funny, pathetic, repressed, enraged, duplicitous, treacherous, but if anything unites the key members it's that they are strikingly human. More than once I felt the pain of characters I barely knew over a handful of episodes, and that too is another achievement for which Mononoke deserves praise. However, the series is as often as distant towards them as the Medicine Seller himself - either way, though, they're consistently interesting.OverallUnlike other episodic series that manage to feel effortlessly whole even without any underlying narrative or conclusion (such as Mushishi), Mononoke never feels like more than a series of unconnected events. That and the variable quality of the arcs - while some are mind-boggingly amazing, others are content to merely be very good - would make me think twice before declaring Mononoke a masterpiece. I'm afraid it will have to settle with being one of the very best abstract anime ever made, a personal favourite, and an absolute joy to watch. Second place's no fun, eh? Well, I've said enough at this point - if you're looking for something that's completely different from the norm, here's a title you definitely should check out. You may want to also check out the last three episodes of Ayakashi Japanese Classic Horror, which Mononoke is based on (the rest of Ayakashi is completely unrelated and unmemorable) but this is by no means essential.

Every frame of this anime could be screencapped and slapped onto someone’s dashboard for their aesthetic. That is how distinct the art style and character design of this show is. The show uses a form of “plaid animation”, where something will be animated over a still color or object as it moves, creating most of the time a jarring effect that is usually the sign of a lazy animator, however in Mononoke, the show utilizes the art to create a sense of a surreal, dream-like environment, intentionally focusing on the jarring effect. The art and design of the environment is also extremely ornate and beautiful.The show focuses on the story of the unknown Medicine Seller and his travels through Japan (in an unknown time period), killing spirits and creatures known as Mononoke. However, he cannot do so until he learns their Form, Truth and Reasoning/Regret, which leads to some very interesting lessons at the end of each story. This setup is somewhat of a relation to the Mushi Shi series and so if you enjoyed this you would also enjoy Mushi Shi, orwould of come from Mushi Shi to this series. Also the reaccuring character is The Medicine Seller, we gain very little knowledge of this character as the story pours more focus into the subjects of why the Medicine Seller is in the situation he is each episode, also a similar aspect of Mushi Shi. Although the plot of each episode is similar and follows the same schedule, this doesn't make it seem repetitive or boring due to the indepth creation of each character, of which none are left out and are all held to their own individuality, creating a sense of realism within the anime. I very much enjoyed this series, mainly due to the need to fulfill the void that Mushi Shi left inside of me, to seek out something similar and just damn calming. 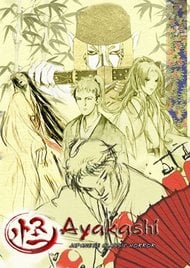 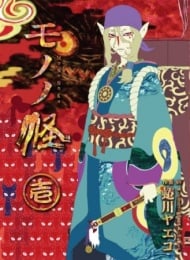 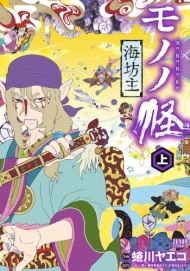 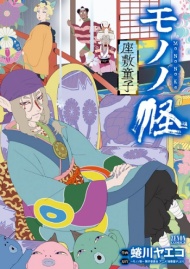