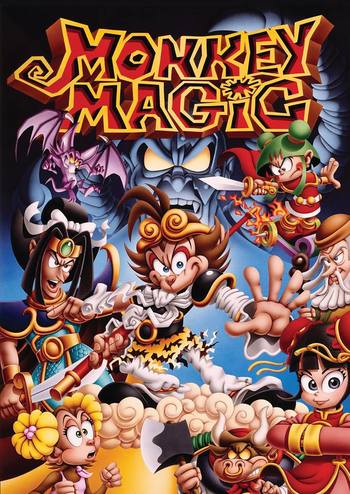 For a story about antrhopormorphic monkeys in a world with humans who look down on them and one little monkey's drive to prove himself, this was decent. Heck, it was downright enjoyable. Part of the reason might be that I watched the dub and hearing the cast of InuYasha [one of the first anime I watched] in a story about a magically powered monkey was just plain hilarious. While there was definetley some corny/cheesy stuff, Kongo's (Goku in the Japenese version and character name listed here on A-P) drive to be the best and show-off all the time, even thought it pretty much just got him in trouble every time was fun to watch. His overconfidence had me laughing pretty much ever ep and I was sad to see there was no 'next' button after ep 13. I feel there could have been more.

My only real complaint about the show was that the dub cut corners with the previews: for some reason they left the Japanese audio but didn't have the deceny to leave or apply the subtitles.