Mobile Suit Gundam 00 The Movie: A Wakening of the Trailblazer - Reviews 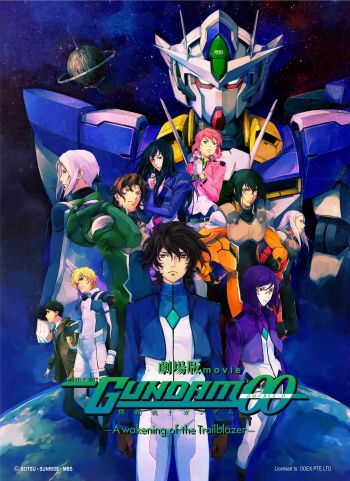 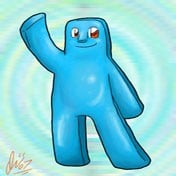 Let's break it down. tl;dr at the end.

Animation: 9 - slightly subpar compared to the other Gundam 00 seasons, but still very visually interesting. The time that was put into the Gundam 00 HD aspect is unmatched as far as any action anime goes for the last few years.

Sound: 8 - The sound quality was definitely a step down from what I was accustomed to (having just finished watching Gundam 00 season 1 and 2), but was still done well. Background music was used fairly well.

Characters: 0 - In many aspects, the characters were trash. There were various characters that we held no emotional value to, new concepts within each character that the audience was given no explanation about, and they are truly emotionless and/or faking everything. I didn't care at all about any of the characters. Even the good ones that they ruined just for this terrible movie.

Story: 0 - Let's see....The first 1/3 of the movie was a crappy version of Gundam 00, the second 1/3 was written by a child, and the last 1/3 was a direct rip of Eureka 7 done poorly cooked with the stew of "THERE IS NO STORY THAT MAKES SENSE" stew...put on a slow simmer. It was completely uninteresting. I found myself expecting a huge action scene and instead was feeling sleepy. HUGE FLOWER OF HAPPINESS IS TERRIBLE.

Anyone that mindlessly VOAT 5'd this movie never watched it. Its rank deserves to hover somewhere between 2/5 or 3/5. After watching the series, this movie should completely shatter any expectations you had for the movie. In short, don't bother buying/downloading the 1080p version.

tl;dr - Same animation/sound as Season 1 and 2, but the rest sucks after that.

EDIT: This was originally reviewed January 21st, 2011. 10 years later in August 9th, 2021, I can clearly tell you that it's still absolute trash upon revisiting this movie. Pretty lights and sounds, bad abuse of characters that I loved for no reason.

After having finished the two seasons of Gundam 00, for some reason I did not feel satisfied enough and wanted some more high quality mecha action with hormone fuelled teenagers whining about their personal issues and arguing about light-hearted universal politics and utopistical world theories, so I decided to look up when the next release was due. Soon I found out, that the next instalment would be a Gundam 00 movie instead of a SEED one, that made me a little disappointed because I somewhat liked Gundam Seed more character wise, and did not expect that 00’s story could be developed any further to compensate for my childish desires. Well, after I had finished the movie I was proven right, but not the way I had initially thought.

The reason could mostly be attributed to the setting the movie was placed into. I had seen many Gundam shows till that moment, though not all of them, and I knew that aliens never played a part in any of them (I think). So when I realised that “yeah, they really picked aliens as the new enemy” I was afraid how the anime world would just scrape up some lame excuse for alien species again. Scary space monsters would be trying to invade our precious Earth whom we must hold back together with our might and sheer determination, and of course a bunch of high tech, overkill Gundams at our disposal.

Well, I have pretty much explained the story and cannot comment more without spoilers, but what became most entertaining about my initial thought is that the writers could find the exact type of enemy that was the most unexpected, yet realistic! enough to me to nod in approval. Their goals and directives, and the solution to the conflict were simple and reasonable enough not to think I have wasted two hours of my life. And while it made the whole story quite childish, yet brilliant, it also made me anxious to read some Arthur C. Clarke novels again.

The movie is around 120 minutes long, from which around 70-80 minutes is action and mass slaughter. I have already rewatched it several times and could enjoy the action without having to read the subtitles and I have to admit, I don’t remember seeing repetitions of firing/blowup scenes, all of the action was original and unique to each situation. Everything else is the same as in the series, high quality, beautiful mecha action, with great HD rendering.

To know the characters, you have to watch the TV series first. If you have seen it, you know everything you need to. Though several new characters were introduced, some of them die quite fast after serving their purpose others are just there to advance the story, so I’m not complaining about how underdeveloped they remain at all.

Generally, the Gundam 00 movie is a fairly standard, spectacular mecha-action packed anime. While it gives the viewers nothing new or very original, its setting is unexpected, and interesting enough for a Gundam show to bind even the most hardcore sci-fi fans to their seats for a few hours. 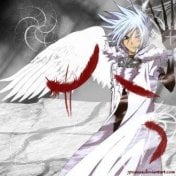 My first time doing a review so bear with me. First of all, before watching the movie, you need to watch both seasons of gundam 00 in order to understand what's happening. The movie is sequel to the second season, so most of information about the characters, machines and stuff are in the anime.

Story-wise, It's like a novel crammed into a storybook, there's no pause or calm, just plain climax and story. A few seconds off the screen and you'll missed a lot, some of the story doesn't really make much sense and kind of ruined the story.

Animations and sound are excellent, pretty much like in the anime. I'm glad they used the same format of animation for the movie, would really suck if the movie and a whole new animation and the people look nothing like the animes'

Characters in the movie are mostly comprised of the characters from the anime,etc etc etc, with a few new people and stuff but weren't elaborated on( well, it is only a movie after all) What idon't get the most is the relationship stuff in the anime, feldt-setsuna stuff is acceptable and i guess most people kinda expect that but tieria and the daughter of ian( can't remember her name) is just ridiculous. if this was an anime i would have gave it 2/10 but it is a movie after all, they can't possibly cram everything into an hour or two.

Overall, definately worth watching, especially gundam fans or action hungry folks, only put-off i felt the movie is that somehow they fail to link the bits and pieces of the story together, otherwise a 9/10