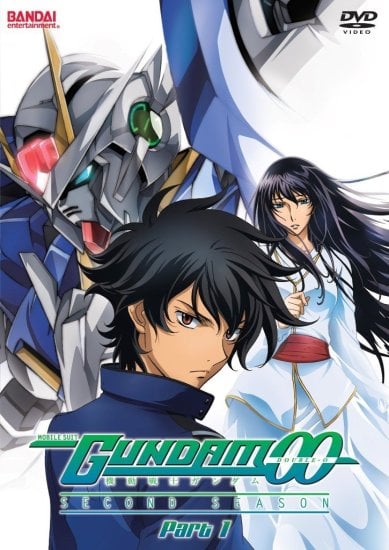 If you're looking for anime similar to Mobile Suit Gundam 00 Second Season, you might like these titles. 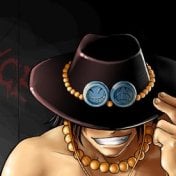 These shows have several similar aspects like rebel forces fighting for freedom against large oppressing forces (Brittannia/A-LAWS), over-the-top battle scenes with a few far superior mechas being able to fight againsta large number of enemies on it's own and characters with beyond human capabilities.

Gundam 00 and Code Geass R2 have much in common. The storyline of both series is similar yet spectacular in their own ways. Both involve a group of people trying to change the world and rid it from oppression yet they both do so in their own unique ways. The only difference between them would be that Gundam 00 expands to space while Code Geass remains on earth.

Amidst the turbulent revolution of 2025 wrought by the GGP government, Rin Ogata only dreams of becoming a ballerina; like her mother before her, Rin’s grace and agility mean she’s destined for success on the stage. However, an injury and the untimely death of her parents quickly shatter her aspirations and, for once, Rin’s existence seems purposeless. That is, until she enters the garage of a club one day and sits astride a RideBack! The RideBack, a motorcycle with arms and the ability to stand upright, offers Rin a new world of boundless movement! What she doesn’t realize, however, is that this club of RideBack enthusiasts is about to get dragged into the bloody war between the GGP and the terrorists intent on overthrowing them. Life may be more exciting now, but it’s also become very dangerous: will Rin’s natural talents as a pilot be enough in a world where racing is not just for glory, but for survival?

A recap episode of the first season of Aldnoah.Zero.

In the distant future, mankind has colonized the galaxy on a number of platforms known as islands, governed by a ruling class known as the Aristocrat Alliance. However, internal struggles for power lead to a bloody civil war, which eventually leads to both the creation of a much stricter order that calls itself the Holy Empire, and the exiling of the old royal family. Despite overwhelming losses and heavy numerical disadvantages, a rebellion continues even after the war comes to a close; the future continues to look bleak. Yet, when all hope seems lost, the last remnants of the royal family return with a mysterious "glass fleet," joining the rebels and turning the tides of battle once more.

In the neutral city A'koba the Baralant military uses robot gladiator fights to test battle robots before they are used in real wars. Chirico Cuvie a previous Red Shoulder from the Melkia military and some friends are trying to steal jijirium from Karman Tomus a former technological officer from the Melkia military. Chirico needs it to save his woman, Fyana who is a Gilgamesh PS. Karman Tomus is also looking for the PS Fyana. When Fyana is kidnapped Chirico is forced to fight the local robot battle champion, Niva and the Balarant military who is trying to create their own PS. Niva has a personal grudge against Red Shoulders because he was beaten by them at the fields of Orom. Niva was tried turned into a PS, and thus also hates Fyana. Niva turns Fyana against Chirico and the fight gets much more difficult, since Fyana must not be harmed.