Alt title: The Founder of Diabolism Absolutely Magical! To piggyback on  asterris's review which was a marvel in itself, I can't gush enough about this wonder of an anime. It is pure magic! The music, the animation art style, the story, is all so lovely. Much different than the usual animes I've watched until recently. The art itself is gorgeous and so lovely to view. The music is exceptional and really enhances the overall mood and scenes that it goes along with. The music is so masterful, I daresay it could stand on it's own. As asterris did such a phenomenal job of comprehensively reviewing this, I will only add a very short piece. I can't recommend this anime more. Really, you should give it a view. I, myself have had no trouble following along as the story has progressed and I haven't found the time swap at all difficult to work out. I can only echo, that the color of the outfits does help one quickly realize what clan a person belongs to if one has a moment of being confuzzled. Right now, there are some really solid, interesting anime coming out of China and I would place this at the top of the list. The main character is a bit of a cheeky b*stard, which in some stories is a detractor, but it really works here. You can't help but want to cheer him on even if he is a bit of a villian, mostly he just comes off as mischievous and cheerfully youthful. I really want to learn what eventually made him turn to the dark side and end up hunted as was shown at the beginning of the story... Anyhow, as I can only echo what asterris has already stated, I will end now by saying that I love this! The Founder of Diabolism Q 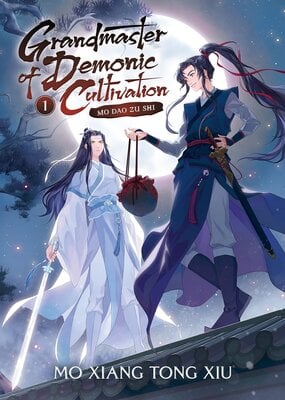 The Master of Diabolism