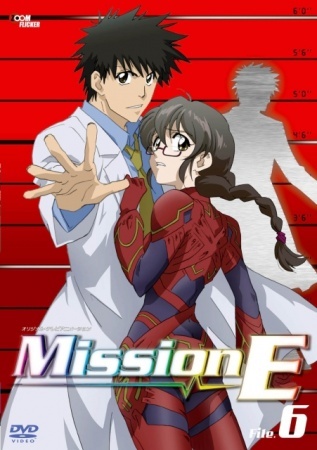 After i posted my 1st review and after discussing it with several people in forums,they told me i should definitely watch the follow up as soon as possible..They told me i would be astonished and that it would knock my socks off..And it did if i'm honest but not for the reasons you might think..So let's cue the music DEVIN TOWNSEND PROJECT - Deadhead (Live at Royal Albert Hall)

Now i have to say that this season was better and before you stop reading and call a doctor hear me out cause what made this season better was also what made it equally worse to the 1st one in many many ways.

And we start with the most obvious issue..The anime itself..You see it's all nice and dandy wanting to make something better but it's how you're gonna do it that matters the most,that is called common sense..But i don't think the writers and the studio had the luxury of common sense since the 1st season was a total failure of a thing,so they had to do some drastic changes..

And boy did they do some drasticery(yes i know grammar nazi's)indeed and they went berserk..So say you made an anime that was all about a love triangle fest with some weird shit in it such as super powers..And that didn't pan out so well...What you do is take the same anime and apply what i'd like to call THE STALLONE FORMULA.

Now this formula is able to make an anime go butch with tons of action and tons and tons of adrenaline pumped chicks wreacking havoc in the town..And this is exactly the problem with this season..The direction it took is another anime altogether..It's like taking an anime like Ghost in the Shell and making it about Major Kusanagi going to high school with her friends,then making a music club,forming a band and then....BOOF..You have K-on on anti depressants.

Who in their right mind would give the green light to such a preposterous idea?Well someone thought that this transition was cool and crisp and funded the damn thing..Ok how is this for an idea?Our shy,screaming when wind was blowing in her hair and sending EM waves that could kill aliens in space is now a super spy driving a Mustang....Or rather this is anime so for copyright reasons it's now a Fustag maybe?! with a suit and a side kick and is part of an organization that helps poor power users from being kidnapped by an evil organization..This makes no sense whatsoever.

And i know you might say this is a good thing..This thing packs more action in the first 2 mins than the entire 1st season and it's set 5 yrs after the events of Code-E...Yes indeed but do you really want me to believe that in 5 yrs time the scaredy cat went all Cat Woman?Where's the damn continuity?As a stand alone anime yes it would work to some extent but even then it still has so many issues i don't think the internet is big enough to list them all.

This was extreme change to say the least and i feel there were 1 or 2 season material that could fit between the 1st and the 2nd season.

Another problem would be the inability of the writers to just stick with one plotline..There are sub-plots and loose ends left lying all over the place..There are more plot holes in here than pot holes in the streets of Africa and as for the ending it's more rushed than having sex with me.It doesn't take all that long,i should know..

It also failed to conclude such major points such as what happens to Milis or Chinami's and Kotaro’s "relationship"..We don't even see Sonomi’s husband and kids.As for Yuma?Well she gets all 5 mins of screen time...And as for her significant other,he's showing up for a total of 5 secs in the last episode..Oh there's also a villain again that shows up at the last episode and then-again like the 1st season-disappears..

Problems this season then is awash once again but it's a better deal than the 1st one..Mind you that doesn't say much cause My Little Pony is better than the first one..Having a kidney replacement surgery in a run down "clinic" in Mexico is better,catching your wife doing the 2 headed beast with a horse is better...In fact i think even the last Star Wars is better...Nah fuck that it was utter bullshit.

So like i said,as a stand-alone anime maybe it would work if it was more polished and introduced its' ideas in a more believable way.In fact there are many anime out there with almost the same basic idea but done a lot lot better and i'd highly recommend you watch one of those series rather than wasting time like i did...And know what?I think you haven't thanked me at all for my self sacrifice..I think you should..Contact my agent in order to obtain my bank account number and send me lots of money to support my drinking habits.