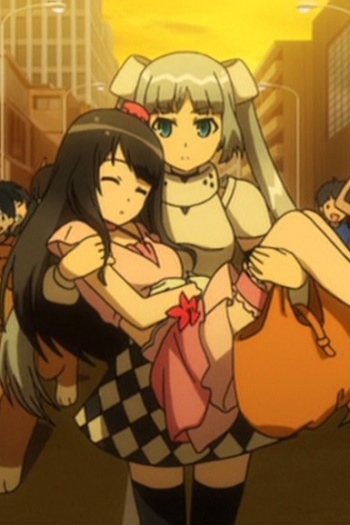 President Tange of Green Leaves Entertainment has a plan to save the failing company. With Matsuda’s help, they develop a plan to scout raw talent form a new idol group. What could possibly go wrong there? They may not be on the A-list, the B-List, or even the C-List to start, but with a little love and a whole lot of hard work, it's possible that all Japan may someday wake up to the music of WAKE UP, GIRLS!

The new anime will feature the previous Wake Up, Girls! group members, but it will also add new characters.

Part 1 of the Wake Up, Girls! movie series.