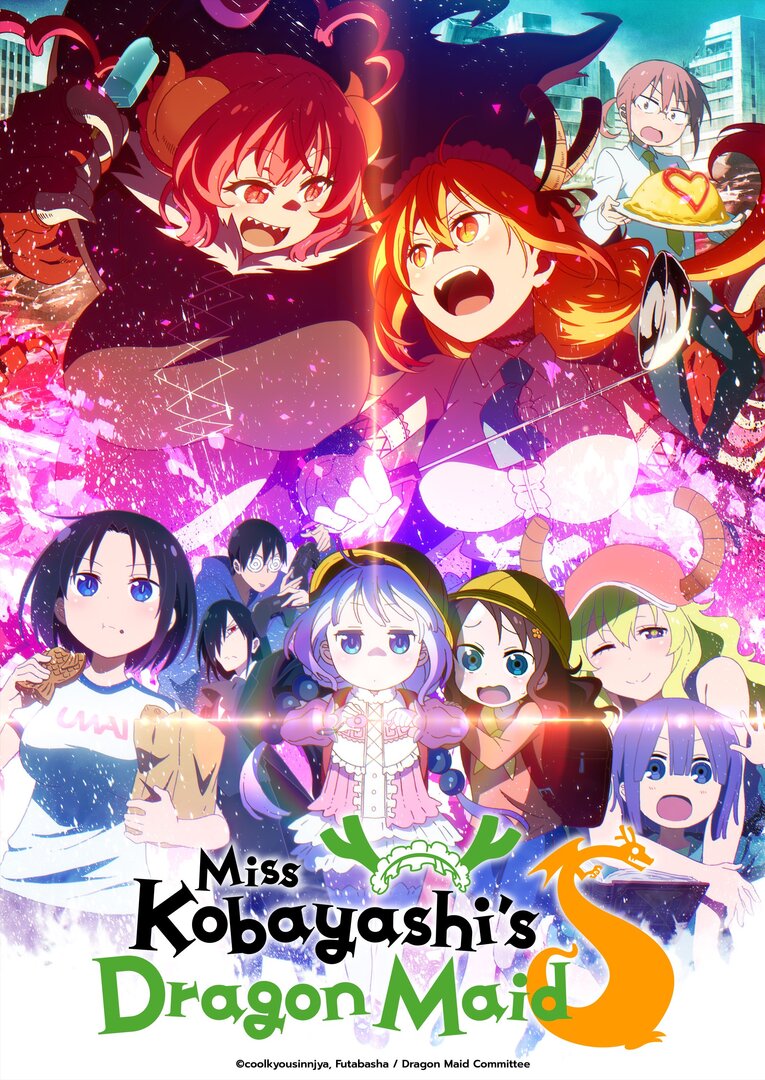 Let me preface this by saying the first season of this show was arguably one of my favourite slice of life shows. It was very wholesome/funny outside of a few moments but overall was very enjoyable to watch because they didn't follow the manga to a T (from what I've heard, this may be wrong as I've never read the manga for this show). Additionally, I am not a prude by any means. Finally this is phrased weirdly because I don't know if things are censored/filtered on this site.

This season, in no uncertain terms, genuinely felt like an entirely different show. The sexual aspects were not only increased exponentially, but now they also felt the need to portray Kobayashi as someone who's attracted to children. For an episode, Ilulu (who is an entire problem on her own in regards to character and design) gave Kobayashi male genitals and there were times she felt incredibly uncomfortable around Kanna and Ilulu, who are both children. This felt incredibly out of character for her and, I can not stress this enough, very uncomfortable to watch.

On the topic of this, Ilulu as a whole was a detrament to the show towards the beginning but (thankfully?) got better towards the end. Why did the artist feel the need to make someone who has basically the same body as Kanna (apart from the chest) so uncomfortably, harassingly horny towards Kobayashi. Completely ignoring in universe aspects like her being part of the chaos faction and all that, WHY does she both look like that and act like that. Is it for shock value? I have no idea. Like I said, it tones down drastically after around episode 4/5 and she DOES turn into a decent support character, it still was a very weird thing to do.

Overall, after around the halfway mark it returns to it's normal, run of the mill slice of life (outside of some points but that was consistent with the first season) which was strange. I feel like certain parts of the first part of this season could have been omitted and strayed from the manga in order to lower the discomfort factor. I'm giving it a 5/10 since half the show was ok due to this.

Since this is the best slice of life ever made, I was a little worried about a season two. But I am very happy to say that they pulled it off! Still as cute, wholesome and you can immediately tell the production value is of the highest quality just by the opening itself. I had goosebumps watching it all the way throught, it's just amazing and beautiful... 10/10

The overall story is similar to last ones where you can jump around and not miss much. But the animation itself is actually extremely good. Some of the stories are good, some aren't as good. But like I said you can easily jump epsoides and not feel like you're missing out on much

This is the continuation of Kobayashi-san Chi no Maid Dragon (S1) and o this season is much better as I expected it to be.

With introducing a new character (Ilulu) in S2 and giving us probably one of the best fight this year 2021 is too much for us to appreciate it, as well showing us some of the dragons past, giving others more screen time and making a really catchy OP & ED in that way we can fully enjoy it and expectedly it turns out a great sequel after all.

too add up I'm thanking all of the KyoAni staff who works and made this an amazing season, more anime to come.