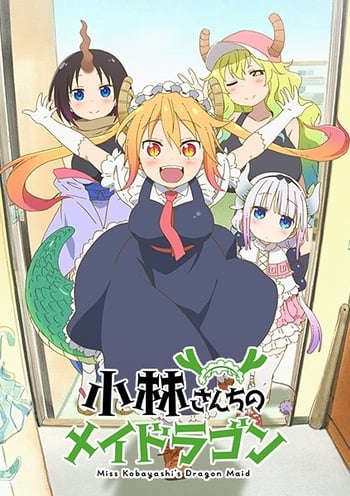 The Strongest Maid in History, Tohru! (Well, She is a Dragon)

Start of a New Life! (That Doesn't Go Well, Of Course)

Kanna Goes to School! (Not that she needs to.)

Tohru's Real World Lessons! (She thinks she understands it already.)

Home Visit! (And Homes Not Visited)

Sports Festival! (There's No Twist Or Anything)

Troupe Dragon, On Stage! (They Had A Troupe Name, Huh)

Tohru and Kobayashi's Impactful Meeting! (We're Raising the Bar on Ourselves)

Some anime are so fun that anything that hurts them makes me mad. That is what happened with Miss Kobayashi's Dragon Maid. The premise is simple, the characters are expressive, the comedy is funny and the theme song is addicting! What could possibly ruin this good anime? Sexual assault on a child.  Yes, that happens.  Twice, I have had that happen this year. Even one of the voice actors voiced two of the characters, and both were similar.  I looked at Lucoa, the over breasted and tight shorted dragon and knew that she would be trouble. With young characters AND her in the same show, I knew something bad was going to happen. I was right, because both Lucoa AND a child were involved in a disgusting scene.  I can't stand sexual assault, please be aware of that while watching this anime.

FIRST IMPRESSION:  KyoAni has dazzled me with riveting character dramas but I've found some of their comedies hit-or-miss.  Last winter gave us Myriad Colors Phantom World (Musaigen no Phantom World) which quickly devolved into cheap erotica with a couple of clever fourth-wall-breaking jokes, and this winter they deliver us Miss Kobayashi's Dragon Maid a quirky story of a over worked and alcoholic office lady known only as Kobayashi who for some odd reason invited a dragon to come live with her. What will evolve from here is hopefully a quirky fun buddy comedy to fill a seaon with and so far it hasn't disappointed.  The dragon girl named Toru has taken on a human form, only with conspicuous horns and a tail sticking out and has decided to become her maid for the fact she loves Kobayashi.  Much of the humor is situational hijinx and there isn't much connection from scene to scene beyond a simple narrative flow to glue the show together but the situations all show to be amusing.  There are a few squiky jokes that don't quite land because of the sheer creepy and awkwardness behind them but the show overall is tame and pretty amusing. A good first episode makes me think this will be a fun buddy comedy overall with some off color jokes that will hopefully be more clever and less repulsive.  Miss Kobayashi's Dragon Maid rather reminds me of Pita-Ten thanks to a similar premise of a fantastical girl coming to live and help someone who really needs it. 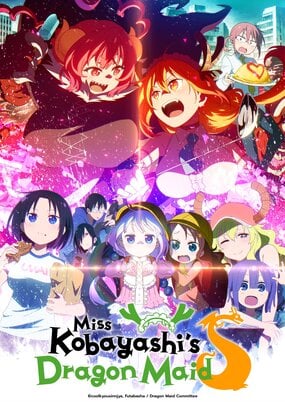 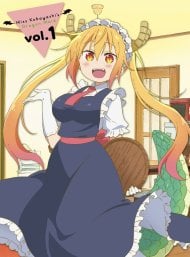 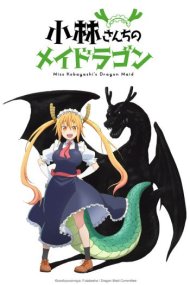 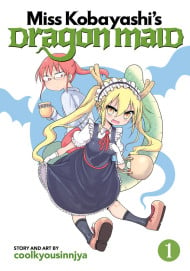 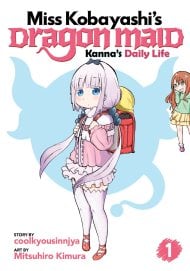 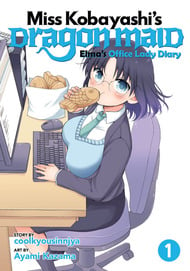 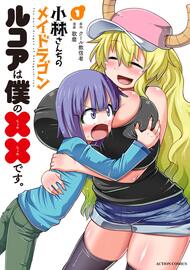