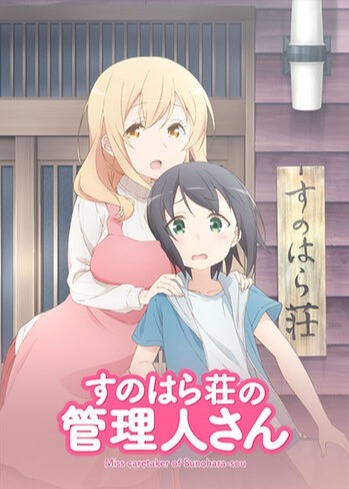 To cut costs at the Kusunoki apartment building, a new landlord has been appointed. The owner's third son Yuuto will now serve as the tenants' landlord and cook...while attending elementary school!? A wonderful, heart-warming short story about three seemingly dissimilar adults who are brought together by the actions of their lovable and wilful young landlord.

Kei-chan moves in with his old friend and lover, Mii-kun, in Tokyo. Their romantic mood keeps getting interrupted by quirky tenants at Mii-kun’s apartment, but there’s a bigger obstacle they must face to become true lovers!

Yoneda Hikari, a business student at the culinary school, was tricked into giving up his dorm room and now has to share an apartment with 8 other people. Yoneda is hopeless at cooking; the only thing he can make is Miso soup. But his optimistic and kind hearted nature draw other residence to him, including Karasawa-san, also known as “curry man”. From the moment Yoneda stepped his foot into this boarding house his everyday life became full of adventure. Can Yoneda get along with this diverse group of people and make a home for himself?!