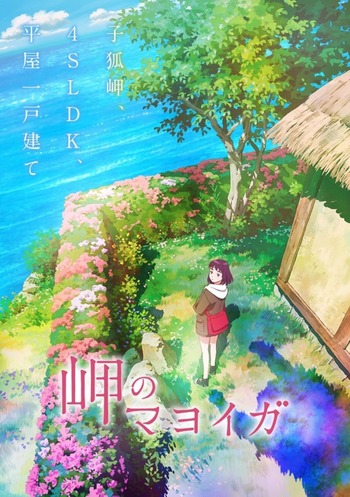 Yasuke, the boy who lives with Satama's youth parent, Chiya, and his long-haired father. Depicts the growth of Yasuke who has been entrusted with a youkai child that may be dangerous for humans!

Somewhere out there, is a small shopping arcade full of quirky, mysterious stores. There you can meet with a lace-seller who deals in ornate lacework left behind by the deceased or find yourself in a shop that sells "artificial animal eyes". Follow the young landlady of the arcade as she interacts with the store owners, their customers, and the magical objects they deal in, interacting with spirits and drawing on powers from beyond the grave.

Five years after the Tokugawa shogunate collapsed—- Kizou is the dour, mysanthropic owner of a used-good store. One night, out of the blue, the demon Koharu wanders into his house, having gotten separated from his group of wandering spirits. Koharu impudently assumes he can stay there for free, and Kizou unwillingly relents. The two of them wind up getting involved in the affairs of various spirits… A story of empathy among spirits during the Meiji era that will move you with kindness.

Namae no Nai Kaibutsu: Kumo to Shoujo to Ryouki Satsujin

A monster spider with the ability to take the form of whoever eats a cute girl's body, traps the MC in his own home and NTRs him from his girlfriend. At the same time, a string of murders are plaguing the town and he begins to wonder whether the murders and the spider are connected.

Six months ago, a scream was heard all around the world, killing a third of the human population. The story follows Sorakara Kuu—the boy who is not moved by anything, whether happy or sad; whether it's comedy or tragedy.