Mirage of Blaze: Rebels of the River Edge - Reviews 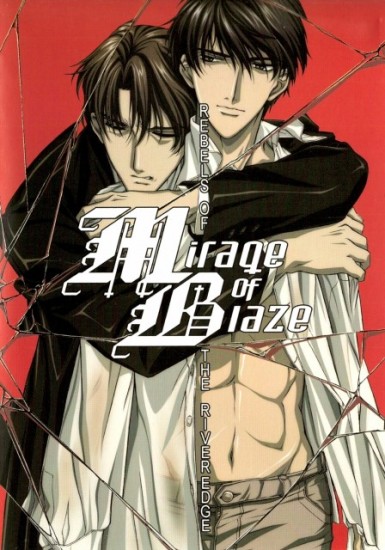 An OVA that actually outshines the series by miles, could be a first.

Some time has passed since the original series and the possessors are off doing their own thing. Naoe is a guard for high profile clients, while Takaya and his classmates are spending their vacation traveling around exorcising spirits.

When Takaya is called to exorcise a spirit in Kyoto he finds out there is a connection to a mysterious artifact, the mandala, which is being protected by Naoe. Now the two must decide to work separately or put aside their differences to keep the mandala from falling into the hands of the Ikko sect, who look to use it to sacrifice an member of their clan who abandon them, and bring on the return of the rest their clan to the earth.

Coincidentally the sacrifice, and the man Takaya is to exorcise, was also the one time love of their partner, Haruie. His name is Murashige, and now Haruie needs to decide if saving the world is worth it, if it means once again losing the love of her life (err guess many many many lives.)

There wasn't much difference between the series and OVA when it came to animation. The locations were different, and this time a bit more detailed, but as is pretty much always the case with OVA's, nothing changes when it comes to key animators or designers.

Outside of the opening and closing songs, everything is on par with the series. Both new songs are again done by the remarkable Mai Yamane, but don't click as well as the original opening, “Blaze.” Though the score stays the same, since the ending theme for the OVA is much better than that of the series.

As with the series a good chunk of the OVA is dedicated to Takaya and Naoe's past relationship, this time culminating in Naoe finally letting out all his true feelings and forcing himself on Takaya. After the, shall we say uncomfortable, moment, the two fall into the background for the series, finally reemerging and working out their feelings over Naoe's fierce loyalty to his master.

Getting a good amount of screen time, and backstory, is Haruie. We learn about her past and a love that died, and how she's been searching for him for over two hundred years. This allows her to essentially be the hero of the show, fighting to help Shintarou realize who he really is, as well as saving him from the Ikko sect. Her story helps show that she believes in the greater good as well as the guidance of her lord, Kagetora.

This is one of the few times I think you can enjoy an OVA without ever watching the series. You get the gist of what was going on in the series and a very good story to boot. With this trio of episodes you could see how the series could have gone on, or been an American style procedural, following a group of possessors who travel around exercising demons and solving ancient mysteries.