Minky Momo in Tabidachi no Eki 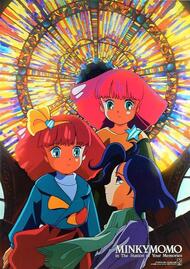 It is said that train stations are not only an end and a beginning for many, but also are a place for lost and forgotten objects – and for those who are forgotten. On a rain-soaked day, Minky Momo rides the train towards her final destination and ends up conversing with an old man who is trying to reunite with someone very important to him. After discovering he left his passport on the train, Momo embarks to try to find him and consequently runs into both her parallel self, and a young girl who is in need of both of their help. She has ties to the station, and yearns to find a resolution to her troubles...

677 users are tracking this. Log in to see stats.

StoryMinky Momo in Tabidachi no Eki opens in an almost cinematic fashion, showing us a speeding train on a rain-soaked evening traveling towards its usual destinations. Aboard the train is the pink-haired and kind-hearted Momo, who has a brief conversation with an old man who is trying to reunite with someone after fifty long years. At the station, Momo discovers that the man has left his passport on the train and thus embarks to find him. Along the way she runs across her parallel self and a young and troubled girl who is tied to the station, and needs help of each Momo. The tone of the OVA is fairly somber and melancholy, but as it is aimed at young people, the somberness only goes so far. The story itself has a light hearted edge and is a relatively pleasing watch for fans of all ages, if you generally enjoy a remotely mystical and character-driven feel. As the OVA is only thirty minutes, it's difficult to write more about the story - see the characters section below for a bit more. AnimationThough somewhat dated, Minky Momo in Tabidachi no Eki still has a pleasant animation style and character designs. Everything is vibrantly-colored, and it's apparent that great detail went into the designs of the station and backgrounds. The scene of the train zipping through the rainy evening did indeed prove to be quite cinematic, and one of the ending scenes (which I won't discuss for spoiler purposes) was also quite well done. Though it's no Spirited Away, Minky Momo in Tabidachi no Eki's animation holds its own.SoundThe music is whimsical and light, with dancing violins and a heavy use of a xylophone. Though the tone of the OVA is quite melancholy, the music helps keep it aimed at its target audience: young people. The Japanese seiyuu do a fine job, including Megumi Hayashibara in her cameo role of Minky Momo.CharactersIt's difficult to gauge the characters and character development when you have no prior history with the series and are watching an OVA that is only thirty minutes in length. Minky Momo is the star of two very long TV series, and is in four distinct OVAs as well. As this one is my first exposure to the series, I can only make educated guesses as to the personalities of the characters. Minky Momo is the central character and seems to be a caring and thoughtful girl. Her parallel doppelganger (who, I read, was in the second TV series) is a bit more whimsical and random than the almost stoic original Minky Momo. The additional characters in the OVA are newly introduced, but are decent. The main station girl has a tiny bit of depth, but others such as the policeman and rich woman simply aren't developed enough to be more than a stereotype. Due to the length of the OVA little to no character development takes place either. For what it's worth, the main character (the station girl) is developed enough to give the viewer some empathy, and that's all that really matters. By the end, you understand the reason behind the mysterious events and see a happy conclusion.OverallMinky Momo in Tabidachi no Eki is a decent short viewing, but isn't necessarily something anyone should pick up. I'm guessing that fans of the original TV series would appreciate this a lot more than a random person like me, as I'm missing the full background needed to (probably) get the full picture. As a short side story, this OVA succeeds at being light hearted and watchable; but as a side story, it also doesn't stand well on its own. If you are in the market for a quiet and short viewing about a mystical station and two bubbly girls, you might enjoy Minky Momo in Tabidachi no Eki. 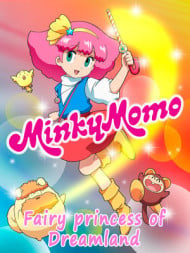 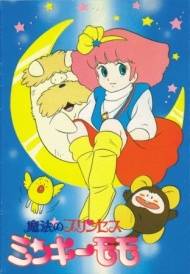 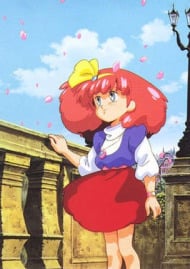