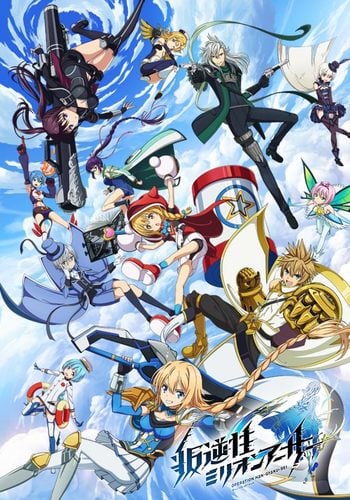 Demitri barges into Morrigan's bedroom and demands she fight him. Suddenly, Jedah appears with a new friend!

Thirteen years ago, the demon Kazan placed a curse on the continent of Arad, causing legions of demons to sprout from the earth. One young man named Baron also suffered its effects and is cursed with a demonic left arm. Baron now travels the land with Roxy, the spirit who resides in his sword, in the hopes of finding a cure. They are soon joined by self-proclaimed ‘Gunner of Love’ Capensis who literally falls from the sky; freakishly strong fist-fighter Ryunmei; and troublesome young mage Ixia. As they traverse a world of underground fight clubs and axe-wielding demons, will the party be able to find a way to remove the jinx on Baron’s arm, not to mention survive Ixia’s attempts at using magic?

Cammy is an amnesiac who became a top British special agent. She's working undercover at the Street Fighter tournament, because rumor has it that the tournament is run by some kind of evil organization.

The veteran hero Ralph has been punished for his hubris by being dropped down to Level 1. Unable to level up whatsoever, all seems hopeless until he finds a helpful summoner. By having him summon girls to join the fight, perhaps the dark lord can be defeated yet...

The peril-plagued Princess Toadstool is kidnapped by the diabolical deadbeat Bowser but super plumbers Mario and Luigi hatch a plan with their new friend Yoshi to rescue her. Are the Super Mario Bros’ plans a pipe dream? Can they stop the Koopa King before he forces the Princess to be his bride?!

A sequel to Remix Heart that ties in what happens to Mai after the events in the manga and bridges the story for her appearance in Blazblue Central Fiction.