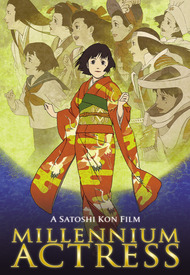 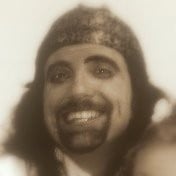 Another one of those great films just for being animated by the king of anime Studio Madhouse and directed by the now late Satoshi Kon. The whole plot is basically the heroine describing her life through her movies. The whole movie is about her so there is practically only one character in here. Since she married her role as an actress, and got isolated from the rest of the world for decades while getting crazy on an unfulfilled love, the narration tends to blur reality with fantasy. This is the usual trademark of Satoshi, who loves to make his works to feel like a hallucination that is meant to criticize the modern way of life. In this case he shows how love can twist one’s mind to the point he seeks refuge in entertainment. In the case of the old actress, she escapes to her own movies, which tends to have a double irony, as they were normally made for her fans. Also, Satoshi is decent enough to not sexualize his characters, plus all the action scenes are meant to be allegorical instead of brain-dead explosions and killings. At the same time the actress almost deliberately tries to make her own past to sound so exciting, just because she doesn’t want to admit how dull and fruitless it was in her personal happiness. And thus even the simplest event of her daily life ends up being mixed with samurai sagas, space adventures, and war dramas, just for the sake of entertaining the audience. She has practically turned to a caricature that has ceased to try being happy herself and cares more to make her listeners interested with fiction. After a point on you are not even aware if what she describes actually happened or is just complete fabrication just for the sake of dramatization. To be honest, there isn’t much of a plot going on it the film as all the key events are stuff we get in a run of the mill dramatic romance. All the flavouring with the movies mixing with real events ends up being hollow entertainment for the sake of not feeling bored. So be warned that there is very little going on besides that. There is a major plot twist that comes in the end of the film though, and it occurs only when the curtains have dropped and the show is now over. A sad epilogue to a heroine that looked for love in the wrong places. If we stretch it further, it is also about how we gradually give up on our dreams because of our jobs or the social restraints of the time and place we live in. How much more could a woman do in a post-war Japan? Many tend to compare it with his debut work, Perfect Blue, for also dealing with the delusions of an actress. Although some parallels can be found, Millennium Actress tends to rely too much on elegy of an elderly woman remembering her youth, rather the anxious lifestyles of a young pop star and the perils it may encounter because of fame. So as themes go it is a social drama rather a psychological thriller. This tends to be viewed as inferior to Perfect Blue because an old woman talking about her past is not as exciting as a young pop idol being chased and raped. Oh well, it is fine for what it is as long as you don’t think like a horny otaku craving underraged girls. It still looks gorgeous, has amazing production values for its time, professional directing, and leaves food for the mind without directly bombarding you with morality speeches.Although there are many live action films with similar themes and presentation, such as The Adventures of Baron Munchausen and Sunset Boulevard, it still remains a special entry to the anime medium. It is not full of shallow entertainment but is meant to tell you to stay true to your feelings and not to try impressing others by turning to a showbiz caricature. Few anime try to be cathartic without having cop-out resolutions to their conflicts (meaning time loops or magical resurrections), and thus Millennium Actress is a good recommendation if you seek something more mature and meaningful.

Buckle up for a journey with chiyoko as she became an actress while searching for her first love. It's crazy how feelings make humans act in a way they act. How memories can cloud your perception of reality. The animation from MADHOUSE never fail to amaze me and the background music too. Watch this if you want to catch feelings.