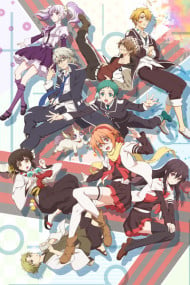 Like most awkward teens, formerly reclusive gamer Eruna Ichinomiya struggle to find her place at Mikagura High School. But her experience is far from ordinary, as the mischief-making members of the school’s manga, calligraphy, drama, and other cultural clubs vie for total school domination in a rather extreme way—ULTIMATE ATTACKS. Get ready for the high-energy high school adventure you’ve only ever dreamed of.

Well, in comparison to the Kagepro anime, I suppose I should be glad. Unfortunately, I don't think I could bear to give the mikaguranime a rating any higher than this because of several disappointments. (ok, i get that my ratings don't really add up but i'm too weak for this haha) I was really hyped up for this anime ever since I heard the news! i've been a fan of mikagura for a while now, but the coming of another Vocaloid series - based anime brought many concerns, and I'm afraid to say that many of my initial worries came true. So, a short description - the series is based off the Vocaloid song series, Mikagura School Suite and tells of Eruna, who ends up going to a school where everyone has a special power and everything is determined by your club and powers. Or something like that. I'm not too great with the whole description thing. Ok, I'll start with the petty stuff - the art style. It's ok, but in general I didn't really like the art style nor the animation for the anime. Especially when compared to Akina's magnificent works (Akina did the illustrations for all of the song videos and the designs for the characters, as well as the illustrations featured in the anime.) The first episode, animation wise, was fine. The animation was smooth, and although I really disliked the art style, it was ok. But from there, I felt it just went downhill. Slowly, but by the end I definitely saw some... patchy bits. Ok, now that's out of the way, let's talk about the actual content. Now, I can't say I was all too familiar with the series before the anime. I knew a fair bit from the songs etc., but due to the lack of translated manga/novel chapters, I didn't have the kind of solid understanding of the series as I did with Kagepro, so please bear this in mind. However, I couldn't help but notice that it really, REALLY felt rushed. Every single character's back story was skimmed over, just barely. Yuuto - having some problems ? Sad for a few frames? Neat, fill up the middle 18 minutes with a bit of mostly unrelated dialogue and come back to it at the end, and suddenly - MAGIC. Yuuto feels loved and accepted because Eruna somehow fixes all his problems. Great. Now, let's just do the same thing for all of the episodes and all of the characters. Honestly, they didn't explain much about it all and it lacked the depth and content that I expected. I mean, I understand that there's not much space to breath with a 12 episode anime, but it really felt like they could have done it a lot better. Also, the actual final storyline was pretty lacklustre and the ending was pretty bad - Just like kagepro, I feel that this series required 24 episodes to pack in the fun in all its entirety.  The reason why I rated the characters highly is because I knew them beforehand and grew to love them all, before the anime. Also, their designs are really nice - as always, i'm really weak for Akina's art. The designs and powers make them really stand out. The one really fantastic thing that came from the anime, however, was the songs. The voice actors' covers of all the characters songs (there were a couple I didn't like, but that's purely personal preference.) were fantastic. (Asuhi's VA singing Izayoi Seeing had me like damn). In conclusion- - Done better than some other vocaseries anime that I've seen (stares at kagepro), but not enough to make me happy. - Art style, not to my tastes. Sorry. I know a lot of people probably liked it, though. - Animation, quality was ok, but dropped a little. - Storyline, not done overly well. - Characters, probably quite typical, but their unique designs and powers make them stand out. - Songs, really very nice. Final note: ok, I'm sorry I kept referring to Kagepro. I can't help it though. Obviously, this review is quite biased, but I stated all of my reasoning quite clearly. Thankyou for reading.

It's an anime based on the ongoing Vocaloid Song series by Last Note.  ---- The anime started off wonderful! I was really pumped after the first episode and managed to finish it all in about 2 weeks. (And then the next week, listened to all the songs) However, the interest slowly died down on it's way to the last episode which supposed to be the most exciting. For 3 episodes, Seisa went through a sad time and is getting weaker as time goes on. But by the last episode, Eruna challenges Seisa to fight her, Seisa magically recovers and BAM! she recovered her power in just 3-8 mins. Eruna and Seisa also used up almost the entire episode fighting mid-air from a far distance. And the anime ended with her joining the club.... That's it. If they made the last episode memorable with some extra scenes, it would have been better. ---- The characters have personalities that you find in most animes. But their character design, their special abilities and some of their past shines through and make up for it. There are some characters that I felt were pretty useless such as Kurumi Narumi (the maid) and Yuriko (the character in the dating sim Eruna plays). Overall, I liked most of them and hope to see more of them in the vocaloid song series though.  (I also hope for a Season 2) X-X-X-X

This is just my perspective as someone who only watched this anime because she saw the tag "Lesbians" on the main character. A good portion of the anime feels light-hearted and fun, about the story - it's quite weak, imho. The songs were bops. About the characters, nothing much to say, except this:  I thought Fujishiro was a way more interesting character than Seisa, even being a stereotypical character. Seisa is another stereotype, but it's that kind of annoying aloof one 'cuz dark dank past. I guess the other MC (Eruna) is just another stereotype. And all other characters.   Anyone like me who is just in for the GxG: This is just fluff But it was still an enjoyable experience. 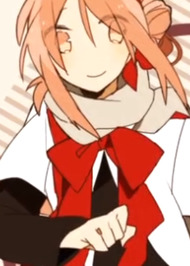 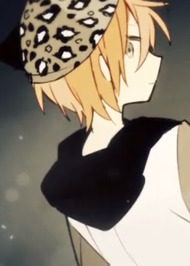 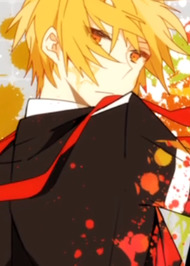 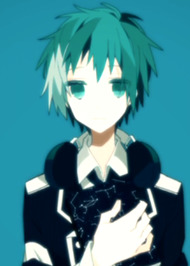 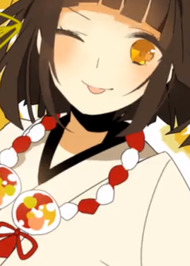 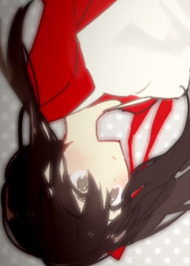 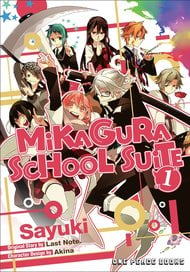 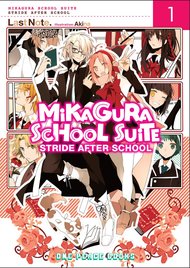 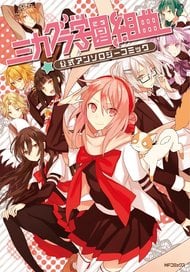