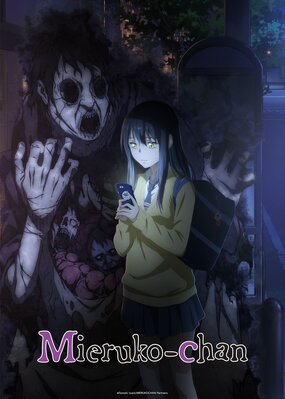 One day, Miko suddenly started seeing grotesque beings that others couldn't. Her response was not to run, not to face them, but to do everything she could to completely ignore them! Can she keep a straight face and continue her day-to-day life while surrounded by horrifying monsters?

A cute, but forgettable little slice-of-life about a girl who suddenly is able to see evil spirits, and has to pretend she doesn't notice them so they don't bother her. It has an interesting premise that works in a lot of ways, but unfortunately the execution leaves a lot to be desired. Story - We follow our Main Character through a series of short occurences wherein she is faced with a scary spirit that she must try to ignore. Accompanied by her oblivious best friend, they visit various places such as an abandoned shrine, a fortune-teller shop, and an old parking-garage-esuqe building. Being slice-of-life, it's fairly innocuous with the plot development and generally just tells a bunch of micro-arc stories. I'm not necessarily one to complain about slice-of-life formats, but this one felt really out of place for the premise. Every episode felt like it was trying desperately to hint at a grander narrative, but ultimately failed to develop anything meaningful beyond the Substitute Teacher's story. The story of her sudden spiritual awakening ultimately never gets a conlcusion, as the show ends with everything basically the same as when it started, just with a little bit of character development added on top. 3/10; Too slow for my tastes, and it needed a greater sense of overarching narrative to do the premise justice. Animation - The depiction of the evil spirits was incredible. Some amazing work went into making them truly disturbing, yet also visually appealing from an effects standpoint. The rest of the show is pretty standard fare for slice-of-life animation, although I will say Passione seemed to put a little more effort into the occasional... ecchi scenes - which, in my view, were completely out of place (and they slowly dropped off as the show went on, for whatever reason). 6/10; Nothing super special, but I can't think of anything in particular to complain about either. Sound - The Opening song is pretty catchy and unique, which I really appreciated. The eerie background music during scenes with spirits was also beautifully unnerving. The rest of the OST was decent enough, if forgettable. I appreciated the Voice Acting talent on display here as well. 7/10; Overall the best category for the show. Characters - It's hard to pinpoint what makes these characters seem kind of flat to me. They have great character concepts, and in any given scene I certainly feel that the characters are sticking true to their personality and motives... they just feel kind of like they were flanderized right out of the gate. Like, the Best-Friend character is a sweetheart and does really cute things, but at every turn she just keeps parroting that she's hungry and wants more sweet bread. The Main Character does show a little growth over the course of the show, which is appreciated, but it's largely just in that she becomes more capable of ignoring the evil spirits. Really the character that shows the most growth is the Substitute Teacher, which is weird since he's only a major character in the last 3-4 episodes. 5/10; Suitable for slice-of-life, but nothing impressive at all. Overall - This is a show with a lot of really adorable moments, a lot of tense horror moments, and a handful of weird ecchi scenes strung together by a loose plot. If you're the sort that love a slow slice-of-life that doesn't really go anywhere and want to mix that up with some horror, this is definitely the show for you. For my part, I don't really think Horror and Slice-of-Life mix very well, and ultimately I'm not a super big fan of this show. I enjoyed many parts of it, and I don't think it's *bad*, I just didn't really find myself looking forward to the new episode every week like I do most other shows. 6/10; Good enough that I wanted to finish it and that I enjoyed many moments, but ultimately forgettable.

It's tagged as ecchi, which was an aspect I really wasn't feeling at the start because it was so weird considering the concept of the story. I think the producers realized that because it became way better a few episodes in! It actually has a continous plot which I honestly weren't expecting! I was thinking they were just gonna do stand alone episodes as new adventures. It ended way too abruptly though for my taste, even considering if there's a second season coming. You would have no idea that the show is ending until the actual last episode, where they just immediately started wrapping things up without actual closure?? I wish there would've been maybe 2 more episodes or so. Overall, very much enjoyed it and I can't wait/hope for more!!

I don't write many reviews but this particular anime is amazing!! Once you get to episode 4 if your heart doesn't drop to your stomach and you don't shed a tear then I question your Humanity. I have rarely seen such great detail in anime. This has the perfect amount of ecchi, mixed with horror, and the stories that leave me laughing on every episode by the end. In short, if you haven't already started this anime please give this anime a try it's highly recommended. 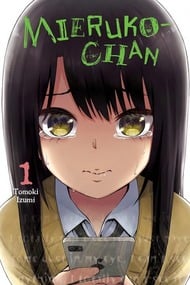