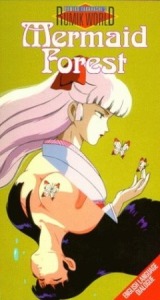 StoryMermaid Forest was one of the select few OVA titles that I first saw subbed aside from Vampire Princess Miyu and even Shamanic Princess when anime first started crossing over into my hometown in terms of popularity.  With production values dating back to 1991, a story by famed mangaka Rumiko Takahashi, and a flair for supernatural horror, I knew it was a title I wanted to watch within its own terms. If you think about it in one spectrum, it was one part of a two episode progression in the early 90s. The story revolves around Yuuta and Mana, two immortal beings who became so after consuming the flesh of a mermaid, and are cursed to a fate of wanderment and continuous cycles of personal death and revival from such.  This OVA presents itself as a one-shot story, revolving around a woman named Towa who consumed the flesh of the mermaid, only to find herself lusting for more flesh in a ravenous attempt for eternal life and beauty.  Unlike Yuuta or Mana, Towa's transformation is only partial. Yuuta and Mana must halt her attempts before the woman-turned-beast leaves more death and destruction behind her in her quest for youth. I'm one of the people who subsequently freaked out at the time I watched this, because I hadn't seen anything like it before in terms of the level of graphic gore and dark settings, and it did genuinely surprise me that it was a Rumiko Takahashi work, given the serious nature of it.  It's a solid piece of work with the themes it develops in the time that that it has to tell its story, but those looking for rooted character development/character driven stories will not find it here, so that's an audience I can warn definitively against this series. Yet, I would say there are other reasons to watch this OVA, especially if you can watch it with Mermaid's Scar (which follows this story in sequence). The shock horror thematics and twists executed in-story are well done.  Fans of dark, blunt horror will likely find this well worth coming into, especially with its combined telling of mythical lore.AnimationThe artwork tells its subsequent age, but nonetheless, I think it works for the type of story it tells.  Fantasy mixed with dark horror - the use of dimly lit settings and dark contrasts are very well noted, and the artwork style does have a particularly classic feel to it with respect to the settings and character design.  Gore? Plenty of it, and enough to make one cringe in their seats.  Those who love more modern, smooth animation designs might not enjoy the classic stylstics, but again, that's a significant part of its due age.  The characters are very close in design to their manga counterparts, and personally, I found it refreshing how it translated to screen.  The only problem I note is that this series never had a DVD release (you can only find it on VHS, and that's only if you crawl through many venues to find it - I was fortunate enough to rent it at my local video retailer), the quality of it doesn't quite hold up to contemporary standards.SoundHaunting, beautiful music, and noted well for a horror themed series.  I would expect no less from composer Kenji Kawai (Vampire Princess Miyu, Higurashi no Naku Koro ni).  I especially enjoyed the ending vocal theme "Mori o Nukete - Born to Love You" by Maki Mochida, and I know I feel that way because I'm always taken in by classicaly composed theme songs, and this sounds both romantic and haunting at once. Voice acting in both the original and English dubbing is quite good for its respective time.  I didn't have qualms about watching either version, and thought each VA was conducive to his/her role.  One might argue that Yuuta and Mana seemed a little "flat", but there's more to note in that spectrum with respect to the characterization.CharactersI will be blunt: Mermaid Forest doesn't quite have the flare to draw you into its characterization, despite a decent story in telling.  Yuuta and Mana seem like aimlessly wandering protagonists without a care in the world, and while there is some chemistry between them, die-hard romantic fans will be left feeling burned.  Then again, that's hardly the focus of this particular series.  Considering its a tale within its mythical constructions, don't expect too much on the romantic side. However, there are more than enough scenes where you could definitively say that Yuuta and Mana are a decent enough pair of wanderers, it's just a bit too short in terms of those who want more character development. I did feel a bit for Towa's character.  You literally watch her decline as the episode goes on, and as the story presents this quite variant view from most tales of mermaids (presenting them as demons versus the beautiful, peaceful creatures you may read about in fairy tales), it does provide a surprising number of twists, about Towa and the overarching story.  I enjoyed what I saw, I just wish there could have been even more to hook the investment.OverallOverall, I would give Mermaid's Scar a 7 in execution. It certainly had many ideas going for it, but I wouldn't come into the series with too many expectations - given both age and respective flaws.  It's a decent, classic title for its respective genre, and it's one I've personally returned to over the years for its unique blend of mythical and horror storytelling. 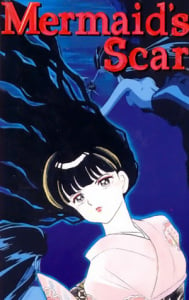 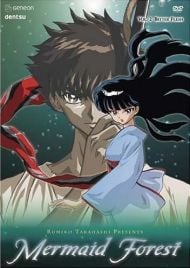 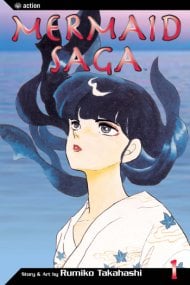