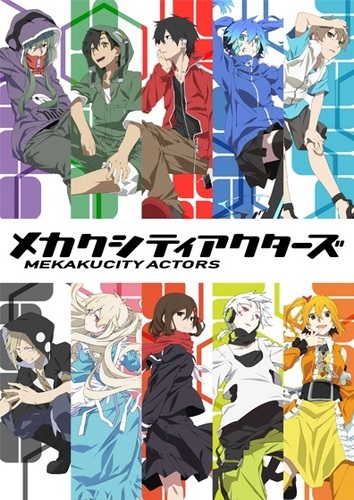 The incidents which occurred on August 14th and 15th bring a group of young boys and girls together… They are members of a group they call themselves the “Mekakushi Dan” (Blindfold Organization) and each member possesses a strange power involving their eyes. Will the members of this peculiar organization be able to solve the mysteries behind these incidents and see the truth?

I can see how some people would have difficulty understanding the plot behind this anime without watching the video series it was based off - the Kagerou Project. Though adaptations are never perfect, this one revolved around the assumption that the viewer had already seen the Kagepro videos. So, to one who hasn't seen them, the plot advances too quickly and has a few holes, and to those who have, it's missing a lot of content. That was my main issue behind Mekaku City Actors; it didn't tell all the stories behind the characters, and some don't even get their story at all. For example, while it did stress that there was a repeating day, it never details important events of that day; this includes one of my personal favorite videos, Kagerou Days. It does tell of a single loop that lead to the death of Hiyori, it fails to show the following loops where Hibiya dies in her place. Additionally, a lot of character insight that is provided in the videos is absent in the anime.  While it was still nice to watch, I think more time should've been put into its development.

To be honest, this anime was great but at some parts during the anime i didnt know what was going on because each episode would just jump to a new character. I also thought that this anime would of been even better if they made the anime longer (1-24 episodes) it seemed like the anime was more rushed. The characters, Animation, voice actors and storyline were perfect a total 10/10 but again its a little confusing when jumping from place to place in every episode.

Maybe all the Kagerou project fans will kill me for this, but first of all, I would like to say, that I did one big mistake and that was that I've seen the anime Mekakucity Actors first, not knowing that anime is not the only one sharing the "Mekakucity-Dan" plot. You have to know that there is something called Kagerou project, what is a Vocaloid songs and music videos series and also a manga that follows the same plot called Kagerou Days. Well, to be honest, it is not actually that bad, I have to say that I was able to enjoy it. It has a very interesting and unique STORY, that revolves around the group of teenagers with very unusual eye-powers called Mekakucity Dan.In each episode you will meet a new character of the story who will kind of explain previous events.What is really important, during each episode you will be asking yourself something like: "What the hell is happening here?!" - Yes, adaptation of the story in anime is really confusing and especially in the end you won't know why and what is really happening.To the ANIMATION, well.. If you've seen Bakemonogatari and witnessed its artstyle, you know exactly how this will look like, although not as weird as in Bakemonogatari. I can not trully explain it, it's weird and mysterious, not very detailed, enviroment and non-story characters are in most of the times just one-colored, odd standing poses and neck turns (don't try it, you'll break your neck)...SOUND was pretty good, voice acting suited the characters, OSTs are original "Kagerou project" songs, so they are wonderful and good to listen. CHARACTERS were great, I loved the interaction between them.  Every character was somehow special and interesting, Mekakucity Dan alone was a group of (I think) 9 totally different people, so it was really fun to see them interact with each other.OVERALL: Mekakucity actors has a really great story and it's a shame that anime messed it up. So as I said at the begining, anime is not so bad, but if you are aiming for the story and don't want to be totally confused, I recommend you to read the manga - Mekakucity Days - rather than to watch the anime. 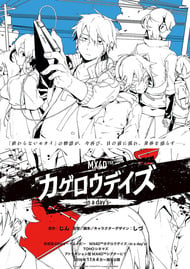 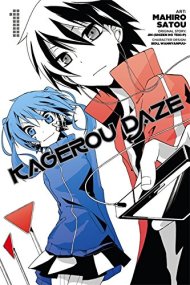