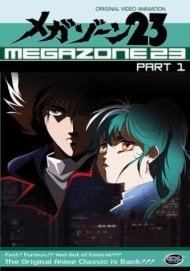 Shogo was an average teenager who worked at McDonalds, drove a motorcycle and hung out with his friends – until one day, his friend Shingi showed off a prototype motorcycle called 'Garland' and was killed by secret agents attempting to steal it for themselves. Shogo escaped with the bike and his life. The next day, there is no indication that this ever happened. Shingi is reported as overseas for special training; but secret agents are staking out Shogo's apartment and are still hunting him down! Eventually the conflict comes to a head and Shogo discovers that Garland is able to transform into a giant robot – how can this be? With these new developments, Shogo must discover the purpose of the conspiracy and the secret world around him.

Megazone 23's reputation preceded it for me. As one of the pillars of the “anime boom” of the mid-to-late 1980's, this series of three 80-minute OVA's is considered the creator of the modern OVA and is an anime classic. With superb animation, excellent production values, and an intriguing story that bears more than a passing resemblance to The Matrix, does this classic hold up after 26 years? After taking the DVD out of my player, all I could say was, “wow.” It's not often that I have an anime make me say that. For the first part anyway, Megazone 23 is clearly a classic anime that deserves to be seen by not just any anime fan, but also any fan of action and cyberpunk films. The first thing people will notice about Megazone 23 (pronounced two-three) is its superb animation. This is easily the anime's calling card, and despite the age of the anime itself (lots of artifacts can be seen in the background) and a similar look to its contemporaries (Macross immediately springs to mind), the fluidity for 1985 animation is a sight to behold. In addition, the sight goes from 1980's Japan to cyberpunk conventions and back again with consistency. Best of all is another thing that Megazone 23 pioneered: the use of music as a tone setter for specific scenes. It might not sound like much, but the music is phenomenal in this anime. It's easy to see where later OVA's—Bubblegum Crisis in particular—picked this idea up and ran with it. It also helps that many of the background songs are incredible. As for the story itself, it is very hard to talk about it without spoiling anything. Shougo Yahagi is a 18-year old leader of a motorcycle gang in present-day (1985) Tokyo. When called into a friend's garage one day, they find a hyper-advanced motorcycle, complete with men in black wanting to reacquire it, with deadly force, if necessary. Needless to say, things spiral out of control from there. In retrospect, it's a story that resembles The Matrix which would follow 14 years later, and like it, the first reveals are suspenseful and other parts are gut-punching. The only real problem with the story is that the ending isn't conclusive. You know there is at least a second part coming. As for other problems with Megazone 23, there aren't a whole lot, so this will contain a lot of nitpicking. Sometimes, the action is so fast that you can't focus on everything that is happening, especially if you're watching it subbed. Also, there is an embarrassing amount of product placement around. It was bad enough that Shougo works at McDonald's, but among the first things I saw were Suzuki and Honda motorcycles, and there is even a Coca-Cola machine! And we complain about product placement in many media today! Another small problem is that I think the relationship between Yui and Shougo feels a little forced. He starts the movie by picking her up and dangerously getting her to work, and from there, it's romance! I guess I shouldn't complain about that, there have been worse reasons I've seen anime characters attracted to one another. But like I said, this is all really nitpicking when the overall package is a thrill to watch and somehow manages to hold up, even after 26 years. The only thing that would make this anime even better is if it managed to get a remastering, because even in the 2004 DVD release showed its age in many spots as I mentioned before.  This is a must watch for film fans, not just anime fans.

A surprisingly strong series with more-than a passing resemblance to shows like Gundam 0083 and Macross. Also, a great anime series to scratch an 80s itch, if you're just coming off of Maison Ikkoku, Saint Seiya, Kimagure Orange Road, etc. and want to dabble in some light mecha action. But the dynamite musical direction is the immediate highlight, with a shimmering-pop Shirou Sagisu-led soundtrack emblematic of its era. 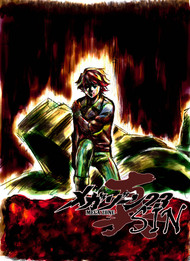 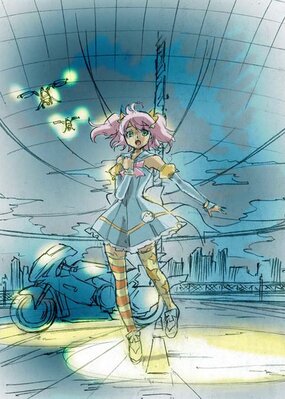 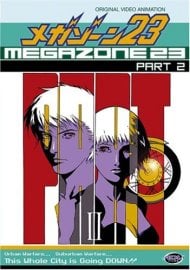 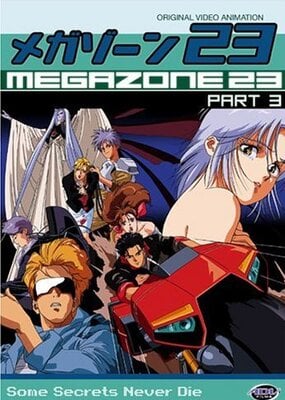