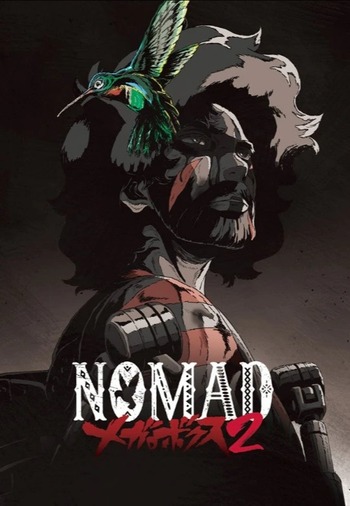 The official music video for Odo, by Ado.

Guy is a Japanese street-brawler in New York who chooses to train under the famed boxer, Roman, with the hopes that he can raise enough money as a heavyweight to fund a life-saving operation for his father.

Makoto, a gang leader, takes in Minoru Tokito. Minoru has a mysterious past that includes the usage of a drug called W.A. This drug has caused Minoru to have his right arm as a monstrous limb. The two begin their journey by investigating this drug that is tearing up the city's "underground".

For many years now, Ippo's sempai Kimura has struggled to reach the top of the lightweight division, but the title has always eluded him. Now, finally, an opportunity comes that he might never get again: a chance for one more fight, the winner coming away with the championship belt. His opponent seems unbeatable, but Kimura is determined. He'll defeat Mashiba with his newly created secret punch... or he'll retire from boxing forever!

Ippo's ready to face his greatest test thus far as a boxer, but his next opponent is completely unlike anyone he's fought before! Cool, calculating, and possessing an intelligence rivaled only by his ferocity, he is the brains against Ippo's brawn. To make matters worse, an old rival from Coach Kamogawa's past has returned to guide Ippo's genius opponent, and he brings with him knowledge of a secret attack that's supposed to be... unbeatable!

In the future, all energy sources are depleted, except human excrements. To reward production, people receive addictive, Popsicle-like Juicybars. Aachi and Ssipak are street hoodlums who struggle to survive by trading black market Juicybars. Through a chain of events involving their porn-director acquaintance Jimmy the Freak, they meet wannabe-actress Beautiful, whose defecations are rewarded by exceptional quantities of Juicybars. For that reason, Beautiful is also wanted by the violent blue mutants known as the Diaper Gang (led by the Diaper King), the police (most notably the cyborg police officer Geko), and others.