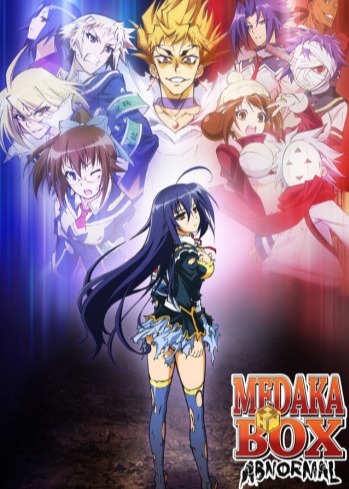 Everything that Medaka Box had in season 1 has been completely thrown overboard here. Yes, the series still has a far below average entertainment value as a shounen. However, this season consists of non-stop fights, with disastrously boring cliché opponents. There is almost no trace of "humor and satire" here anyway.

The entire flow of this season consists of introducing the new enemies and fighting them all the time between episodes 3-12. And since "plot armor" is practically the protagonist's power, of course, they win. With Medaka, it's less surprising than with the others.

This problem also existed with the manga, though the author created many abilities and personalities. However, he did not put any emphasis on explanations and structure. Characters are spontaneously stronger than before, without any buildup.

Unfortunately, the anime ends with episode 12 (episode 13 is an additional episode based on the manga "Good Loser Kumagawa"). It an interesting idea to give the new antagonist more charm right away, but the third season never got to the light and so did the best manga arc. By "best" I don't mean it's mind-blowing. It's just average in a negative sense. Still, it is the best comparatively.

The plot of this season, as mentioned, involves the protagonists fighting against the "Thirteenth Party" to stop the Flask Plan (plan to create the perfect human). Which is all the more in focus in the course of the later arcs.
Other than that, nothing happens.

The new characters are almost mostly just weirdos with little charisma and only one fixed personality that they keep until the end.
On average, one episode was needed per enemy, possibly a bit longer. And the interesting idiosyncrasies of the protagonists or the structure of the school was no longer relevant, since this entire season was devoted only to the fights.

Musically, the season was mostly average, both intros and osts.

Animations are also average, there is no talk of good choreography here. But it is sufficient for such a level.

It is still better to read the manga than to watch these 2 seasons, as they have been the weakest arcs in the manga. Needless to say, the result is disappointing. 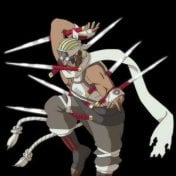 Great Story. The characters were pretty interesting. Im more interested in the new characters than the original story line, I hope they have a secon d season. The weakness of this anime was the ending.