Alt title: Nihon Animator Mihonichi: Me! Me! Me! 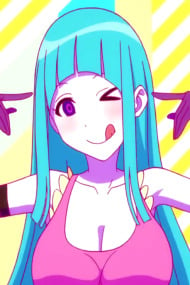 You are attacked and ravished by many girls. 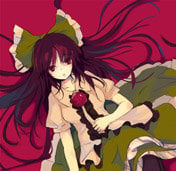 Me!Me!Me! is a very graphic and brutual depiction of what I think is an otaku's relationship with his waifu going sour. One idea was that this music video is about escapism after a relationship breakup. A very informative comment I read stated that these ideal waifu fantasy relationships can start benign, but eventually become unhealthy as a person becomes more engrossed in such a relationship. The main character has his unhealthy relationship's corruption manifest. This video is a modern representation of idol worship and lust. It represents destructive pleasures and fully embodies the unexplainable feeling of rare dreams/nightmares where you wake up questioning from what creature's subconcious did those images in your mind originate. The Evangelion characters further reinforced that dark human subconcious sentiment from the music video. I believe the main character is also trying to make a stand against his own corruptions. The pure ideals he desired eventually became tainted from his human nature ensnaring him and he wants desperately to rectify his life returning to a previous pure state. Unfortunately people are not righteous and betray their own ideals because of weakness, lack of conviction, and pathetic fortitude, they are born and caught up in their own hells. Me!Me!Me! also shows how people are cyclically trapped by their mindsets through the start and ending of the video. I don't think I can call this video entertaining, but I've definitely never seen something like it. If you intend to watch it viewer discretion is advised from all the mature content it contains. This video is more like a unique quote or phrase that will surely give rise to imitations. Yes, that might be it! It's a new type of modern genre that is painfully human.

This may be one of those works that are meant to be left to the interpretation of the viewer, but whats clear is that there is a satirical criticism on the state of entertainment culture today. The Music video itself is a short 8 minutes, but from start to finish your expetatioins on what will occur are constanttly being diminsihed. 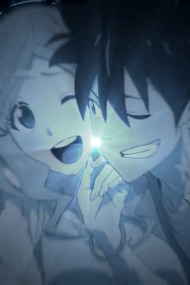 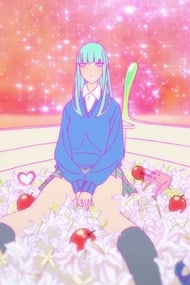