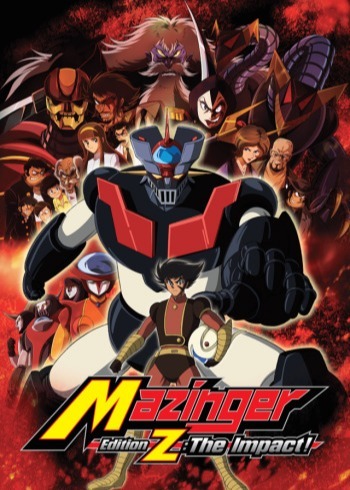 Mazinger is pretty much the Grand-Daddy of all giant robots. He was the first real piloted mecha in all of anime, and although the original series have gotten somewhat dated this series is great.

Don't worry if you don't know what is going on in the first couple of episodes. You'll end up thinking youve watched an episode out of order or something, but stick with it. It all makes sense in the end.

Classic giant robot asskicking with some smart plot and an ending that you won't see coming, what more could you want?

Also it has missile titties.