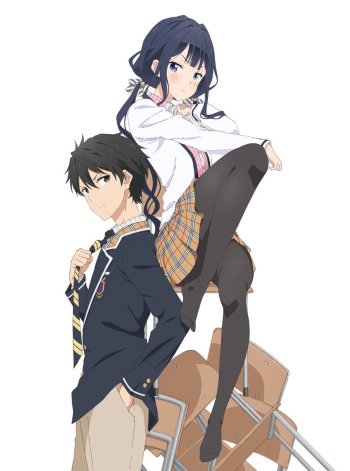 An aimless series of skits that, for all their meandering frivolity, would serve as a not unenjoyable reunion with the likeable cast of Masamune-kun's Revenge--were it not for the fact that, whether frivolous or narratively essential, this OVA (bizarrely) serves as a bonus reel for the Masamune manga, rather than a bonus/sequel for the Masamune anime.

In other words: prepare to be entirely without the context to explain why the characters act (and look) juuuuuust different enough from how you remember them to make you feel like your friends have been hanging out without you.

An unfortunate turn for those not in the know.

A collection of shorts within the 24 minute OVA. Of course, the summer vacation with the bikinis. There was no real direction to the different stories. A let down compared to the main anime.