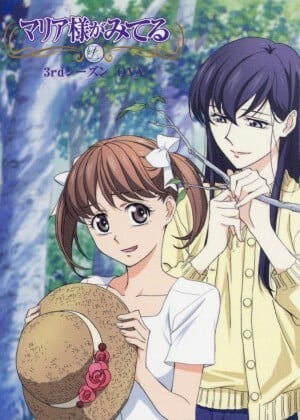 If you're looking for anime similar to Maria Watches Over Us Specials, you might like these titles.

While the plots of Maria-sama and Loveless are very different, both of their specials are fairly similar. Both break the fourth wall and show a different side to the show, whether it's the commentary of soubi or Yumi's outtakes.

Yukino and Kanade are twin sisters who have moved to Tokyo for school and now share a cramped room in their dormitory. Though the pair has always been close, their feelings for each other often seem to be more than simple sisterly love, and no one has ever come between them – that is, until a young girl named Sakuya appears. As the young girl begins following them around and spending more time with Yuki, Kana begins to wonder whether her sister has found a new object of affection. What is Yuki’s real connection with Sakuya and will the sisters’ relationship survive?