Maria Watches Over Us Season 2 - Recommendations 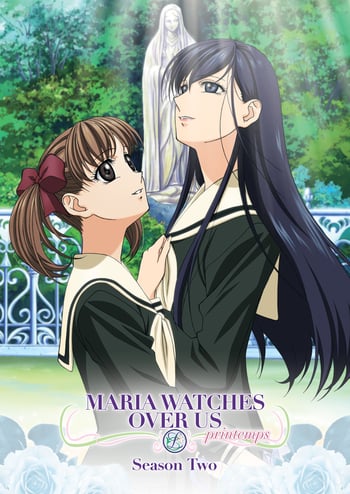 If you're looking for anime similar to Maria Watches Over Us Season 2, you might like these titles.

Strawberry Panic and Marimite are almost alternative tellings of the same story, SP being more overt in its yuri themes while Marimite is more subdued. With ~Haru~ there is more drama and the romantic implications between the mostly female cast become somewhat clearer, making it even closer to the melodrama of Strawberry Panic. 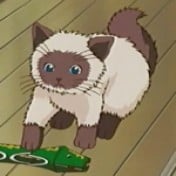 Both Haibane Renmei and Maria-sama ga Miteru deal with a group of young characters living and supporting eachother.  Both stories are rather slow-paced, but definitely have great character development.  Maria-sama ga Miteru Haru deals with the complexities of the characters' emotions, which is also a running theme in Haibane Renmei.  In general, they are both great slice-of-life anime!

It’s been two months since Kanako enrolled at the Ame no Kisaki academy and she is continuing her quest to find her fated lover with even more determination than before. With obstacles in her way such as an abandoned dorm filled with hidden traps, Mariya’s delicious snacks causing her to go on a “desert diet plan”, and blah standing in her way, Kanako must stay positive and keep searching. But in a school where full legal trials are carried out for assault on a dog and hidden study rooms defy the laws of time itself, will the lovestruck teen ever be able to find her one true love?

Yuu has always loved shoujo manga and awaits the day she gets a love confession that sends her heart aflutter with bubbles and hearts, and yet when a junior high classmate confesses his feelings to her...she feels nothing. Disappointed and confused, Yuu enters high school still unsure how to respond. That's when Yuu sees the beautiful student council president Nanami turn down a suitor with such maturity that she's inspired to ask her for help. But when the next person to confess to Yuu is Nanami herself, has her shoujo romance finally begun?