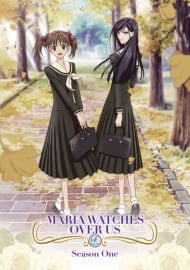 StoryIt’s time for yet another shoujo show review. This time it’s about the girls at the prestigious all-girls catholic school called Lillian. It was founded in the beginning of the 20th century and employs the ladder system. I don’t know whether the school actually exists or not, but it certainly is well documented -- complete with history, philosophy, and so on. Marimite is originally a story that spans over 18+ 200 page volumes, so there is quite a lot of material. Out of those, the first twelve were animated in the form of two 13 episode seasons. In Lillian high school a so called "soeur system" is in use. It’s basically a sempai-kouhai relationship but a lot stronger. For those not familiar with it, it’s basically a big brother/little brother relationship. The big brother helps the little brother when needed, as well as teaches him the customs of the school and how to act properly. In return the little brother takes care of the big brother in various ways, such as perhaps making coffee or just being there as mental support at times -- a strong brotherly or sisterly bond, in other words. Anyone who has read French should understand the terminologies used throughout the show as they use French a lot. Soeur is French for sister, grande soeur = big sister and petite soeur = little sister. This is a pure shoujo drama show. It depicts the everyday life of mainly girls in yamayurikai -- the student council of the school. The story focuses mostly on the two characters Shachiko and her petite soeur Yumi. Sachiko comes from a rich family, has been brought up with grace, is used to the life of the upper class and is very quiet. Yumi is her opposite. Although an introvert who has a hard time expressing her feelings, she wears her heart on her sleeve and is very emotional. The show has good pacing. Since its an everyday life type of show we have everything from a gym day to special occasions that the yamayurikai sponsors. The characters are all given a lot of time and are explored well, mostly through side stories that I found quite interesting. All in all I found every episode to be a new interesting piece. There are some smaller arcs that span over a couple of episodes but there is always some sort of development going on in the background. The time frame itself is quite lengthy. It’s been weeks or even a month between some episodes and sometimes I found myself asking, "What did they do during the past month?" I assume that this is a byproduct of the creators trying to animate 200 page novels -- they had to cut some things out. Other than that it’s not so noticeable. The show isn’t concluded in any way, as there were plans on making a second season. AnimationBeing a show that was brought out in 2004 the animation is of a lower standard than some of the other well known shows. I suspect Marimite had a smaller budget as this show aims itself at a smaller group of people. The shading is a bit flat, the color palette uses a more yellowish tone and the colors feel very old-school which, on the other hand, is fitting an environment such as the 100 year old Lillian school with its old traditions. The character design is pointy and reminded me of Clamp’s characters, and overall the animation reminded me of another shoujo show (Aishiteruze Baby) without the inconsistencies in the animation. They have somewhat succeeded in portraying the correct age of the girls, something that is amongst the hardest thing to do when the characters are not children or adults, but something in between. The leaders of yamayurikai (who would be 17 â€“ 18 years old) look like young mature women ready to hit the University. The animation is pretty much consistent except for some close-up cases. There were some scenes where the characters looked almost ugly, but most of the time it looked very good. SoundBoth the OP and ED songs are classical pieces. They are both quite calm with the first having a flute doing the main part. I didn’t find them very exciting, but they were still well composed. The soundtrack used in the show is also classical music only. The quality is quite high and works perfectly with the scenes. The VAs do a great job and bring both life and empathy to the characters. CharactersThis is the main feature of the show. This is, after all, what its about: the characters, their lives, and the drama entangling them. They all feel very human with their good and bad sides. The relationship between the petite and grande soeurs is well explained and via various flashbacks the history of our current characters are well explained. The focus is mostly on Yumi and her relationship with Sachiko, and how both of them struggle with their bad-sides: Yumi having a hard time explaining her feelings due to her strong emotional states, and Sachiko who struggles with showing feelings as well as dealing with insecurities.OverallThis is a great show if you like drama. It’s quite different from other shows however as it’s based on an all-girl high-school with a soeur system (which is a lot stronger than the sempai-kouhai system), as well as the religious them (the petite soeur receives the rosary of the grande soeur, for instance). It’s basically like adopting a sister and for many, a life-long bond is formed. So, the premises are different from other shows in the genre. I found every episode to be interesting and it never gets boring. I might very well rewatch it in the future. Most of all I’d like to reach the level of Japanese where I’ll be able to read the novels to get the whole story.

I was somewhat annoyed in the first few episodes, the way the characters acted felt very forced (probably my culture-shock from regular to shoujo anime >_>). That feeling went away after a couple of episodes and I actually started caring for the characters. The story is about a private school for girls, who have their own version of the Senpai / Kohai system, the "soeur" (French for sister) system, a much closer system in which the younger "sister" helps the older one out with minor tasks, and the older one takes the younger in her care. It follows Yumi, a freshman, as she gets involved with Sachiko, an upperclassman with a lot of status on the school.It takes some time for this series to pick up, but once all relations have been settled, it becomes a very enjoyable, character-driven shoujo-ai anime. 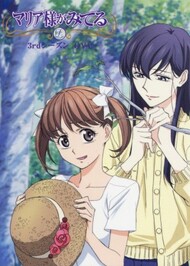 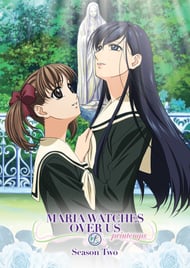 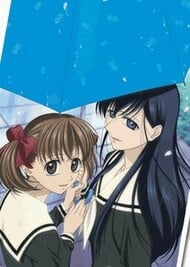 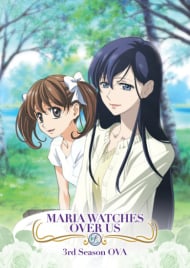 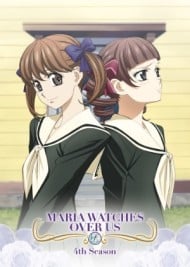 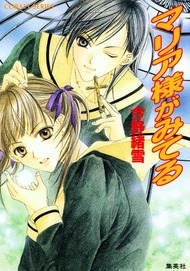 Maria Watches Over Us (Light Novel) 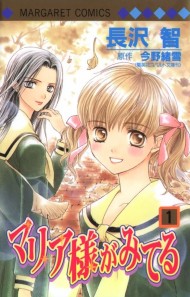