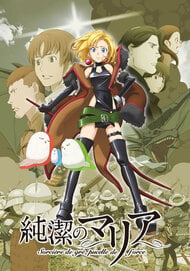 Maria is a young witch living in France during the Hundred Years' War. She despises warfare and does everything in her power to stop the violence, but her good intentions are not always appreciated. Many people see her as an interfering interloper; and the church, fundamentally opposed to witchcraft, has decided that Maria is a sinner in need of redemption. To make matters worse, agents from Heaven have started bothering her as well, displeased with her use of magic to influence humanity's free will. The archangel Michael finally forbids further interference with earthly affairs, and decrees that if Maria ever loses her virginity, she'll lose her powers as well! He sends his agent Ezekiel to keep an eye on the virgin witch and keep her out of trouble, but constraining such a free spirit to the laws of heaven might be a lot harder than he thinks!

The story and premise feel a bit misunderstood by that I mean as if the history was not totally comprehended in all respects but only in minor points.  The look and apparent age of the main character seem abit off the mark too especially given to how people tend to react around her.  The effect of the area and people around her make it seem she is far older than her appearance and yet when you see her up close she does little to affirm the impression others have regarding her maturity and experience.  Still, she is one of the most fun characters I have ever seen in an anime and shines as a great leading female character.  I feel a bit puzzled why Michael is portrayed as such a heartless monster as he is in the series which really contradicts the very idea he is anything approaching holy.  There is also a bit of muddled confusion about the other so called witches because they never seem to actually being doing a job and no hint of who if anyone hired them ever comes to light.  So although some aspects come off as pretty weak the strength and entertainment value of the main character and her charming personality do much to offset alot of the shortfalls.  It might be prudent to simply say, some of those shortfalls were simply left by the wayside to focus more on the lead characters.  Her factial reactions, blushing faces, attempts to deflect teasing even by her own familiars make her a cute adorable type of character that is hard to dislike.  Her facial reactions alone are so well emotionally charged and well done that I would have to rate that as among the highest of any anime.  In the sense of emotional reaction and facial movements accompanying that reaction, this anime stands tall above others.   Though she is treated as probably something of a young adult her figure resembles more like a freshman in highschool.  It has its moments of trying times and drama and of course the types of prejudices expected of the age.  However, the church often seems to act more like thugs and bullies than so called holy men.  That may not be far from how they behaved in that time however.  The idea of looting battlefields for money is somewhat new and may or may not have been true but it hardly seems a reason to fight just to collect from the dead.  What would those people think if they looked in a mirror?  The objectives and motivations of the war are lost in this more inhuman artificial reason than it probably was.  The other reasons were a bit forgotten or very played down.  Yet given the narrow focus of the story, it is not wholly unreasonable such things would be beyond the grasp of the small towns nearby her and the characters featured prominently in the story.  Overall it is just fun to watch her and how she reacts especially to social interaction when she is not focused on impressing her peace minded will on a war torn world.  Curiously enough her primary tormenter is her own familiar.  I'd have to comment in such a situation, even I would rebel against and fight Michael who was clearly in the wrong.  I was half surprised more volunteers did not join in.  One last note was the mysterious figure of the forest.  It was not quite clear where he belonged in the scheme of things and too little time remained to adequately answer questions about him. If you are searching for a deep complex story, this isn't it.  If you want a fun show with a highly appealing character, then you can't go wrong here.  However, does it need to be so complicated or deep to have appeal?  Do we always expect the end of the world over drama so many other shows fall into the trap of so that they cap the upper limit where the show can even go?  There is nothing like that here.  This story is one of the most narrowly focused in area of location of any anime.  It remains primarly within a small town and areas around it.  So in that sense, is it reall fair to judge it by other standards?  I may even be falling into that crowd somewhat, because it is not easy to distinguish where to draw the line on how deep the rest of the characters or aspects around her and her house should be expected.  Then again, even complex stories often leave gaps in the story, setting, and depth of characters so in this situation just maybe it wasn't needed.   In the end, it is just a fun refreshing localized fantasy, historical, and magical centered story with some charming hero characters and cruel villain characters.

Ever wonder what Kevin's mom from "Home Alone" might have done in a previous life? Yeah, me neither. But after watching "Maria the Virgin Witch" I'm wondering if she might have lived in medieval France, because the title character very much resembles her. Maria also reminds me of a younger, virginal version of Vash the Stampede personality-wise with her staunch pacifism. I enjoyed her adventures a lot, quite more than I actually expected to. I love pacifist characters because they have so much space for learning and growing. Maria's attempts to help the people of France by constantly interfering in the military's affairs are admirable but it often causes other serious problems to arise as a result. Many soldiers with no employment to earn their living soon begin resorting to banditry, creating yet another mess for Maria to clean up. Is it worth it? Maria seems to think so, but one witch can't be everywhere at once and at some point she has to realize that she can't spend the rest of her life babysitting humanity. The angel Michael has already reached this conclusion and tries to force his wisdom on Maria instead of letting this enlightenment come naturally- which, ironically, is the exact same thing Maria is doing herself. Angel or not, Michael doesn't seem to grasp this irony in spite of his heavenly knowledge and sends his agent Ezekiel to watch Maria and stop her from interfering. The result? Like many people who dislike being told what to do, Maria becomes even more defiant and resolved to force the world to adhere to her values. Her heart is in the right place and she's keenly aware that she has a moral advantage, but the lack of real-world experience holds her back from acquiring a deeper understanding of how her choices are affecting the world. Heaven can't force this understanding anymore than the best-intended parent can force wisdom on their offspring. There is simply no substitute for real-life experience. Maria's journey was very enjoyable for me, I love medieval shows and this one felt very authentic in spite of the fantasy and supernatural elements. The battles, the attire, the church's extensive authority and influence over the populence... One weakness I feel the show has is that it introduces several interesting elements and fails to extrapolate on them. Why are there Valkyries flying the skies in medieval France? They are an unusual but interesting addition to the landscape but we learn virtually nothing about them. They aren't part of the story, they are just kind of... there. We also get an interesting group of witches that get far more screen time than the Valkyries, but we don't learn much of their history, either. In particular I wanted to learn the history of the shape-shifting cat. In all, I rate it 4 out of 5 stars. I was satisfied with the show overall and thought it ended on a good note, I just wish certain characters were a little more fleshed out. Anime Planet Secret Santa review 2016 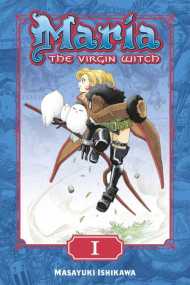 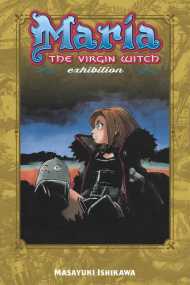