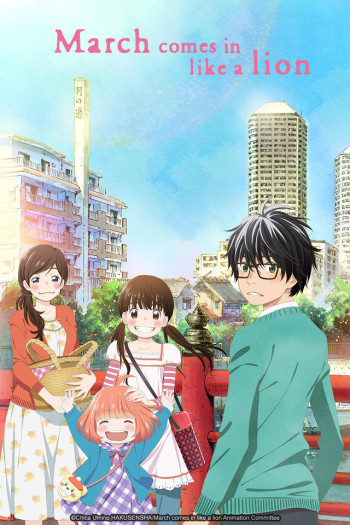 "Marriage" when two who were once unrelated vow to love each other and wish for each other's happiness become "family." This marks the start of the married life of her dreams. Or so she thought. Before she knew it, she became a shut-in!? What will the newlywed wife do!?

What the girl rented was a happy and friendly time with her fake brother. The death of her parents... The complete change of her brother who was kind... The girl who is now alone and wounded, longing for the kindness she once saw in her brother... Says: I'm going to rent a brother!... With money. Even renting, I want to have a "family".

At the Star Kids Home, a combination group home/orphanage, a disparate group of children struggle with both the everyday issues of growing up and those specific to abandoned or orphaned children. Their one avenue of escape is the Sunny, a junked car that sits a little ways from the home. In the Sunny they can travel the world, go into space, or just find a refuge from the troubles of their world.

Izumi Sumi, a 25 year old part timer struggles through anxiety and depression, pondering the meaning of her own life.

Aoi Uroko to Suna no Machi

After her normal, happy life shatters, Tokiko and her father move to a small seaside town to live with her grandmother as sixth grade starts. There, the sound of the waves brings back a distant memory from when she visited seven years ago, a memory of almost drowning in the sea and being saved by a merman. Are there really mermaids in that sea? Tokiko adjusts to her new life in the small town as she holds out hope of once more meeting the merman who saved her.

In this follow-up to the viral sensation, Nagata Kabi uses engaging diary comics to explore her personal issues surrounding mental health, identity, and intimacy. Her relationship with her parents is growing more difficult than ever, and she struggles with the idea of living alone for the first time. Join her on her heart-wrenching, relatable journey through the challenges of adulthood.

20-something Meiko Otani is restless, living day to day with a job she hates and an unemployed boyfriend who'd rather be playing in a band. Like others her age, she struggles to find her place in the world and a purpose in life, so in an attempt to make a fresh start, she makes the decision to quit her job. Together with her friends, Meiko will embark on a journey of self discovery to find what will truly make her happy.

Ani no Yome to Kurashite Imasu.

Since the death of her brother, seventeen year-old Shino Kishibe has been living with her sister-in-law Nozomi. Nozomi wants to be a person Shino can lean on, while Shino is determined not to be a burden. Together the orphaned high-schooler and young widow try to support one another while carrying on with their everyday lives.